Many Dorset wheat crops are looking clean of disease after the recent cold weather, although septoria could easily raise its ugly head after a winter of heavy rainfall.

James Cossins’ crop of Siskin winter wheat looked clear of septoria, yellow rust and mildew, with only the occasional spot of brown rust, at his farm in east Dorset.

He chose Siskin for its good resistance to the wet-loving septoria in often rainy Dorset summers, and he is growing it for the second season after it yielded a pleasing 9.5t/ha last year.

It is a variety that has done well in local trials, looks good as a second wheat and produces plenty of straw for his 340 dairy cows and 400 followers, he tells Farmers Weekly.

See also: How to keep wheat septoria at bay in a high-disease year

Jonathan Blake, fungicide expert at crop consultant Adas, says the cold weather will have checked yellow and brown rusts, but septoria can keep growing when the leaves have stopped growing due to low temperatures and could be a problem later in the season. 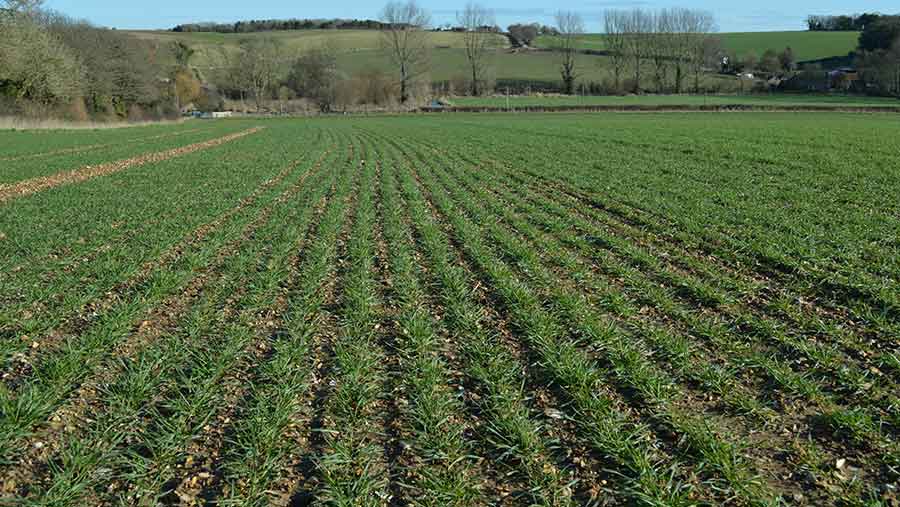 His agronomist Russell Dean, from advisory group Frontier, is planning to recommend applying the multi-site protectant fungicide chlorothalonil for a T0 spray in late March/early April with an azole, such as tebuconazole or cyproconazole, added only if there are any signs of rust.

Mr Cossins, working closely with his daughter Georgie, runs the 1,055ha farm, which is the AHDB’s Blandford Monitor Farm.