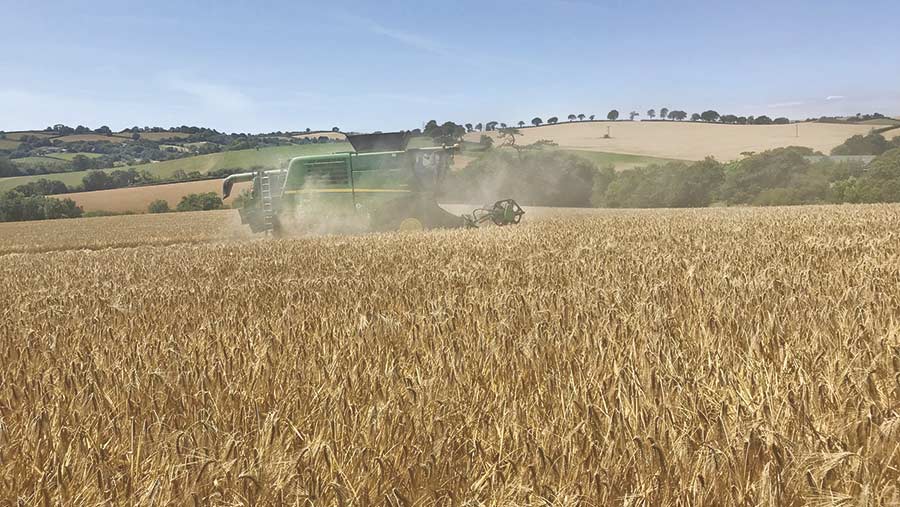 Cornish grower John Moss is pleased with the performance of his virus-tolerant winter barley variety Rafaela, which yielded 8.15t/ha in a hotspot area for the virus.

He believes that the BYDV tolerance of Rafaela, bred by Limagrain, definitely kicked in and protected yields. BYDV is spread by aphids and often occurs in mild-weather areas such as the South West and the south coast of England.

Seed treatments containing neonicotinoid insecticides such as clothianidin (as in Deter) that were used to control BYDV are banned for use in winter wheat and barley this autumn, so for control growers will have to rely on delayed drilling, pyrethroid sprays and tolerant varieties.

“We thought it would be worth trying Rafaela as we are in a BYDV hotspot,” Mr Moss said. “And despite the high BYDV pressure it’s proved its worth – so we definitely will be putting some more in next year.

“It’s been a super looking crop all the way through, tall and stood well, although we didn’t get as much straw off it as we would have liked,” he added.

He farms at Howton Farm, Saltash, just over the River Tamar into east Cornwall from Plymouth.