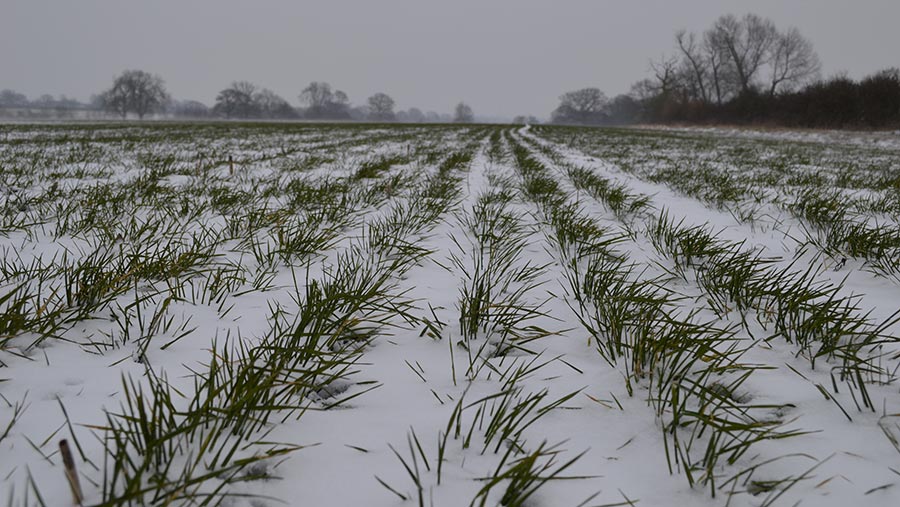 Mr Cherry grows about 240ha of the milling variety Crusoe which established well in the autumn with good, deep rooting before the cold snowy weather arrived.

“The frost will hopefully get rid of any rust and aphids, and might help reduce our input costs,” he tells Farmers Weekly.

Frosty weather can help control wheat diseases such as rusts and mildew, so Mr Cherry is hoping he might be able to cut out an early T0 fungicide spray and hence save some money.

He farms with his brother Paul about 1,000ha of mainly arable land at Darnalls Hall Farm, Weston, just south of Baldock. They grow wheat, barley, oats, beans and oilseed rape on a no-tillage system with about 200ha of grassland for 330 suckler cows and beef cattle.

The heavy land farm is the site of the Groundswell event, which highlights no-tillage farming, and is due to hold its third annual event in June this year.