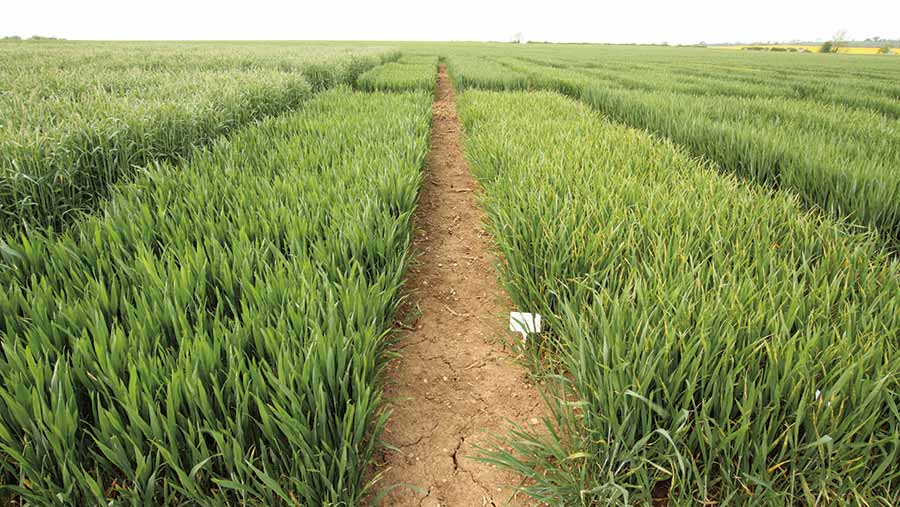 Wheat varieties with better disease-resistance can give growers the confidence to stick to a conservative budget, rather than allowing them to make drastic cuts in fungicide spend, one trial has revealed.

Higher resistance scores to damaging wheat diseases such as septoria and yellow rust provide a number of benefits as part of an integrated disease control strategy.

These benefits include flexibility on spray timings, which helps organisation of sprayer workloads, and improved fungicide resistance management through reducing reliance on chemical control.

However, with grain prices depressed, many growers are asking how far fungicide inputs can be reduced on more robust varieties to help rein back cost of production.

With this in mind, agronomy provider Frontier set out to find out how low you can go by looking at a range of programmes on two varieties – the disease-susceptible Kielder and the more resistant Siskin, both from breeder KWS.

They report that yellow rust has been the main problem for much of the season locally, but septoria infection has begun to express itself as high as leaf four in recent days.

The various programmes can be seen in the table below, with a pre-T0 applied on 3 March, T0s on 2 April and T1s on 3 May.

Untreated plots of Siskin look relatively clean compared with Kielder (see above). Moving down the treatment plots, subtle differences can be seen between the various treatments so far.

In treated plots, the benefit of using a pre-T0 to clear out rust was observable in Kielder a number of weeks ago, Ms Lilly says, but it is not evident any more after further sprays were applied.

A clear improvement from a T0 fungicide could be seen on both varieties, with each looking cleaner and greener where the growth stage 30 spray was used.

Kielder (left) and Siskin (right): untreated plants to the left, followed by stepped increases in rates of tebuconazole and chlorothalonil on plants 2, 3 and 4

In Kielder plots, however, as rates of tebuconazole and chlorothalonil were increased a stepped improvement in disease control was noticeable, while on the Siskin these differences were much less clear.

From this, Ms Lilly believes that the more resistant variety (with a 7 for septoria and 9 for yellow rust) can give growers more flexibility on rates early in the programme, potentially allowing some cost saving.

“You still need to budget for four sprays as a baseline, but you can more confidently predict what the spend is going to be,” she explains.

“You shouldn’t have to introduce extra sprays for rust and can adjust rates down.”

Dr Fogg adds that varieties with high septoria ratings may also reduce the need for using azole chemistry at T0 – a bonus for septoria resistance management in this key fungicide group.

“The exception to this would be in situations where there is active yellow rust, where a triazole would still be justified,” he says. 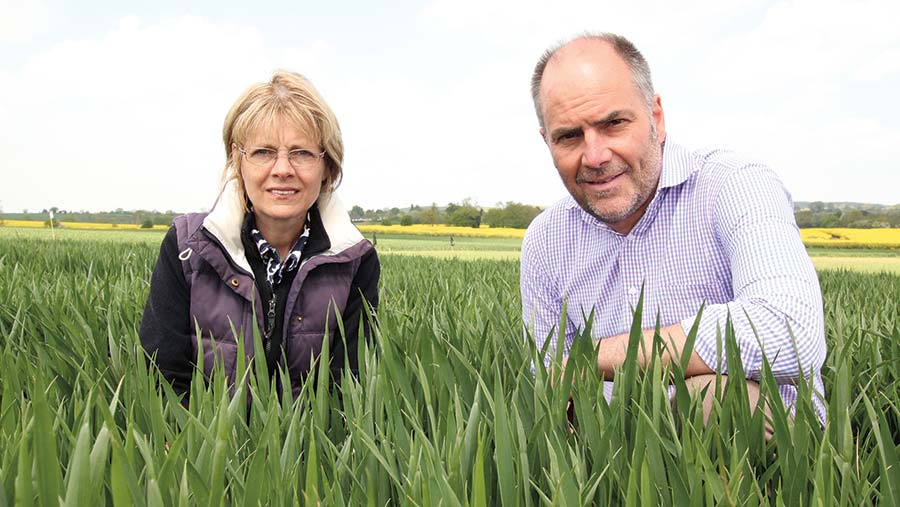 Ms Lilly and Dr Fogg agree that the same rate flexibility may be possible for T1 and T2 sprays, tailoring to resistance scores, drill date and pressure – but these more important timings still required a robust approach in a high-disease year, they say.

“If you are in control and on a lower-risk variety, then you can potentially reduce rates, but not so much that you compromise yield potential,” says Dr Fogg.

“Yield is still king and to get 90-95% potential out of any variety, you still need fungicides.”

Farmers Weekly will be back at the site later in the season to see how the various T1 and T2 product combinations and rates fared on the two varieties as grains begin to fill.