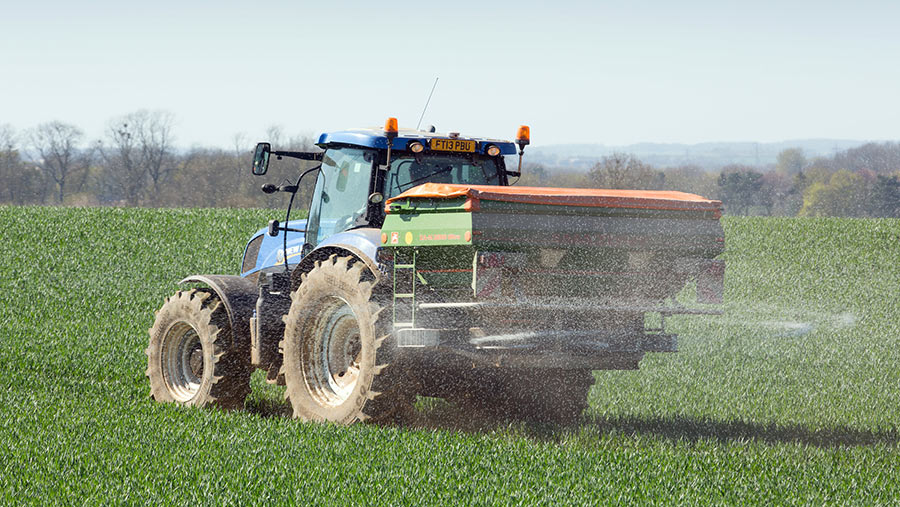 By applying a small dose of nitrogen every week from early March onwards he was able to boost the crop to a top yield in a generally average-yielding 2016 harvest.

Mr Watson was aiming to push his wheat crop through the season in a trial on his farm and ended up with a top yield of 12.8t/ha using 290kg/ha of nitrogen.

“We were looking to give the crop plenty of nitrogen without the crop falling over, so we applied nitrogen almost every week,” he tells Farmers Weekly.

This was high enough to win the Adas-organised Yield Enhancement Network (YEN) on a 8ha field growing the variety Reflection on medium clay soil close to the North Sea.

In addition, he puts the relatively high yield down to the fact that the crop received more summer sun than crops further south, good soils, which are sub-soiled or mole ploughed every year, together with precision drilling and fertiliser applications to give more even crops. 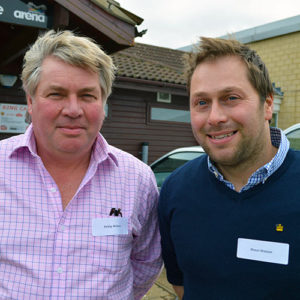 The little-and-often approach with solid nitrogen started in early March and continued until late May with only one weekly application missed due to high winds, and so the following dose was doubled up.

Chlorophyll images of the field were taken by a satellite showing that the crop was receiving enough nitrogen.

He believes sea frets in May helped get the late-applied solid nitrogen absorbed into the soil.

Mr Watson farms 400ha of arable land and 240ha grassland with his father Philip and brother Anthony at Holywell Farming, East Holywell, on the north-eastern edge of Newcastle, about one mile from Whitley Bay.

The arable land is in a four-year rotation, with two winter wheat, followed by winter barley and then oilseed rape, with 70% of the land getting an annual organic matter boost from manure/sewage sludge/compost applications.

The 8ha field was ploughed, pressed and a first wheat crop was drilled relatively early on 13 September. Variable seed rates and variable rates of phosphate and potash were used, with advice coming from Suzanne Horn, agronomist with Strutt & Parker.

The wheat variety Reflection did show susceptibility to yellow rust, but a traditional four-spray fungicide programme kept the disease in check.

Harvest was in the last week of August, which gave a yield of 12.8t/ha. It was down from his best crop of 15t/ha in the bumper harvest of 2015, but still a good yield in a low yielding season.

Roger Sylvester-Bradley, Adas’s head of crop performance, says the ten applications of nitrogen will have probably helped tiller survival in the early cool and bright spring.

Many growers faced a very mild and wet winter, so with some crops suffering from waterlogging there may have been generally poor early tillering and poor tiller survival.

“We have the capacity to influence tiller survival, and we know that big yields come from a big number of  heads,” says Professor Sylvester-Bradley. 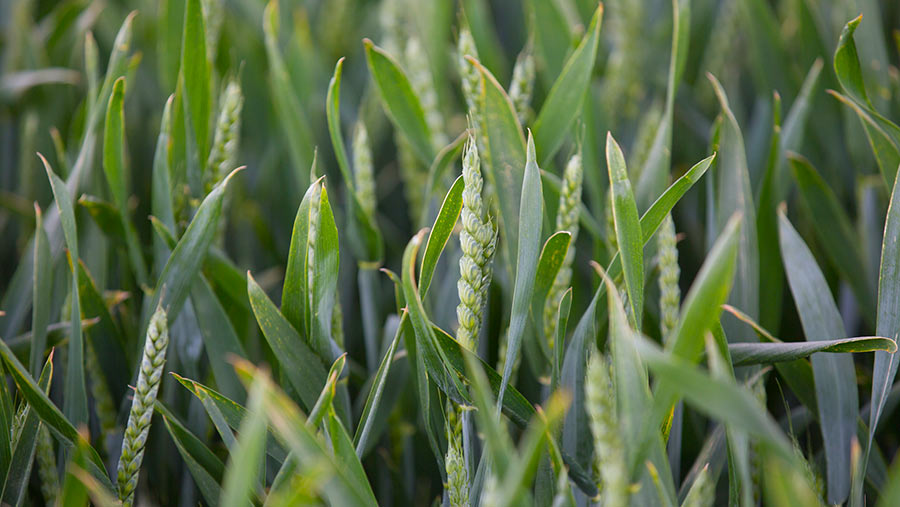 Daniel Kindred, Adas crop physiologist, says Mr Watson’s crop showed a lot of grains per ear and good specific weight so keeping tillers alive was important, while bright weather in May helped boost the numbers of grains per ear.

“The little-and-often nitrogen policy could have helped better tiller survival, while the bright May could have led to higher grains per ear,” says Dr Kindred.

While wheat yields nationally were spot on the five-year average of 7.9t/ha, the YEN average was a much higher 10.3t/ha, with a top yield for one of the plot trials entered at 13t/ha in 2016.

This was down on the YEN average of 12.7t/ha from the good harvest of 2015, and the top yield from Lincolnshire’s Tim Lamyman at 16.5t/ha.

Overall, there were 102 YEN entrants from Britain, Denmark and the Netherlands.

Weather played a big part with the dull June the main culprit behind the poor yields, and was similar to the very dull June in 2012, which also led to poor yields.