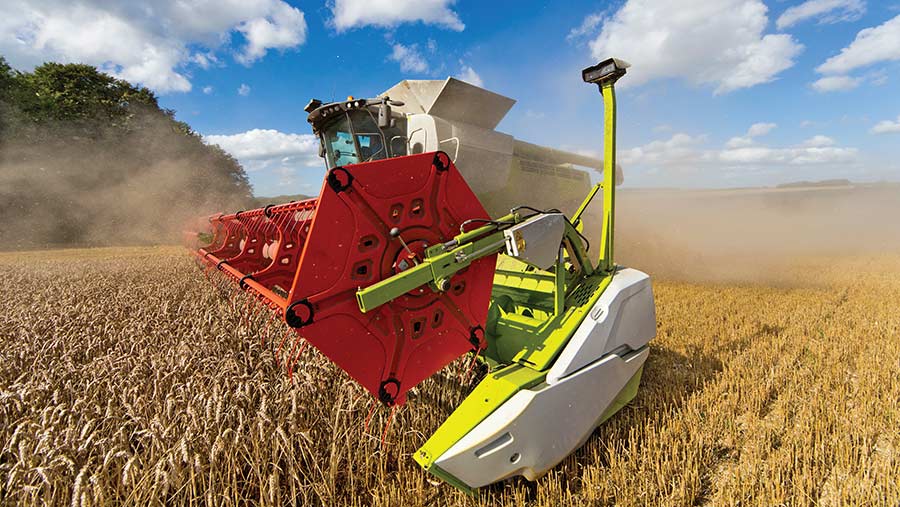 A new wheat variety specifically designed for the whisky distilling market aims to improve whisky production by reducing the build-up of sticky residues in factory equipment, while also providing growers with a new market opportunity and potential premiums.

The research carried out by a team of Rothamsted Researchers and the Scotch Whisky Research Institute have identified and developed a new “greener” wheat variety, with reduced fibre levels.

Rothamsted’s senior research scientist, Rowan Mitchell, explains how the variety will reduce distillery energy costs and processing problems, which are caused by the use of current wheat varieties that damage distillery equipment, through the build-up of sticky deposits.

“Wheat grains contain non-starch polysaccharides, which, when fermented, leave behind a sticky and viscous residue that damage pumps and clogs pipes, forcing distilleries to shut for cleaning purposes, which comes at additional costs,” he explains.

Dr Mitchell highlights that the novel wheat variety is designed to have grain with low levels of soluble dietary fibre, which will greatly reduce these problems, meaning plants can continuously run.

“It will be great for making whisky, but the opposite to what is required by bakers,” he adds.

He also hopes that the development will make UK-grown wheat more desirable for use in whisky compared with imported maize, which is easier to process and makes up 15% of Scotch production.

The group is now working with plant breeding company Limagrain to develop a new commercial variety where trials are now taking place.

Co-author Simon Berry, molecular geneticist at Limagrain, explains how the new development will strengthen the continued use of UK wheat for distilling.

“All the science is complete, and we are now investigating if the efficacy of
the trait is effective on a larger scale. As part of our normal breeding pipeline, we will be selecting lines, assessing yields and then moving on to official trials.

“There is going to be a pilot scale test on about a quarter of a tonne of grain at a distillery this year and we are aiming for an official trials entry within the next five years or so,” he says.

Dr Berry explains how the low viscosity wheat could be a real market changer for wheat growers with potentially new premiums and opportunities, predominantly for those in northern England and Scotland.

The new variety will be no different to grow than conventional varieties, with no yield penalties or detrimental effects on grain development.

However, a greater emphasis on keeping crops as clean as possible to avoid impurities that could reduce the effectiveness of the trait, by contaminating the crop and increasing viscosity, will be required.

Since 2011, Rothamsted researchers have been working to identify genes responsible for the sticky deposits left behind after distilling grain.

The new wheat variety is now one of the first wheat lines in the world to be developed using reverse genetics, where researchers start with knowledge of what a gene does, rather than screening for the trait first and then looking for the responsible genes.

A targeting induced local lesions in genomes (Tilling) platform was used to take a population of wheat and identify specific genes and variants, which were then crossed together into an existing wheat variety.

“This non-GM approach allowed us to rapidly breed the gene of choice, which was a challenge as wheat is a hexaploid, meaning it has six copies of each of its genes compared to only two copies of each in humans,” says Rothamsted’s senior research scientist, Rowan Mitchell.

The group discovered genes called arabinoxylan, which were responsible for the plant’s soluble fibre levels that determine its viscosity and via the use of traditional breeding methods, they created wheat lines where these genes had stopped working.

In these lines, the arabinoxylan molecules where both shorter and fewer in number, leading to a whisky-friendly wheat that produces a liquid extract 50-80% less viscous than conventional wheat.