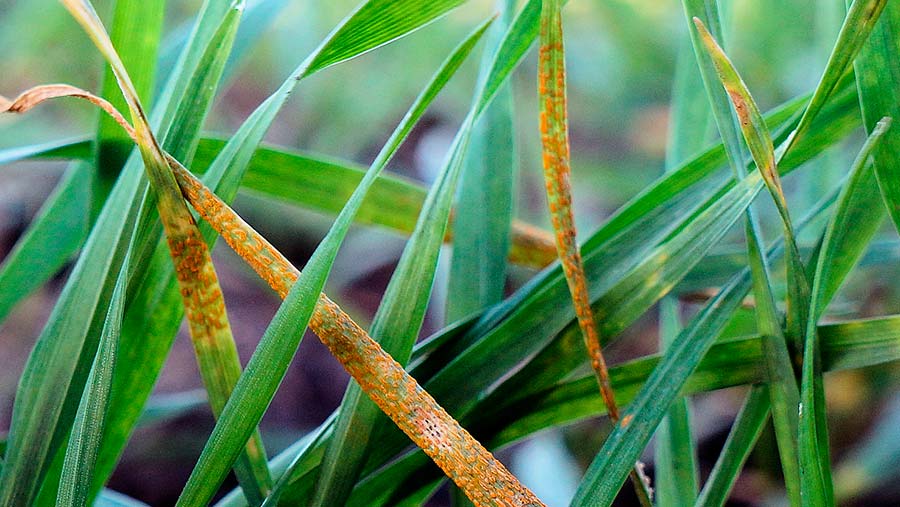 Three varieties – Zyatt, Bennington and Viscount – are being cut by one point for yellow rust, while for brown rust Viscount is reduced by one point and Firefly two points, The rating scale runs from 1-9 where 1 is susceptible and 9 shows good resistance.

The AHDB is releasing the ratings ahead of its full Recommended Lists for cereals and oilseed rape 2020-21 publication in early December, due to the higher levels of rust diseases seen in the 2018-19 growing season.

Paul Gosling, who manages the Recommended List programme at AHDB, says reports of unexpected levels of disease at some locations are a concern for growers.

“Ratings for some varieties have fallen and close monitoring of these varieties is required. However, the dynamic nature of wheat rust populations means vigilance is required for all varieties,” he says.

On yellow rust, the rating for milling variety Zyatt is cut from 8 to 7, while two feed varieties have reduced ratings –  Bennington from 6 to 5 and Viscount from 7 to 6. On brown rust, biscuit wheat Firefly is cut by two points from 8 to 6, and Viscount is down from 9 to 8.

Two feed wheat varieties are upgraded for brown rust resistance – Skyscraper up to 6 from 5 and Spotlight up to 7 from 6.