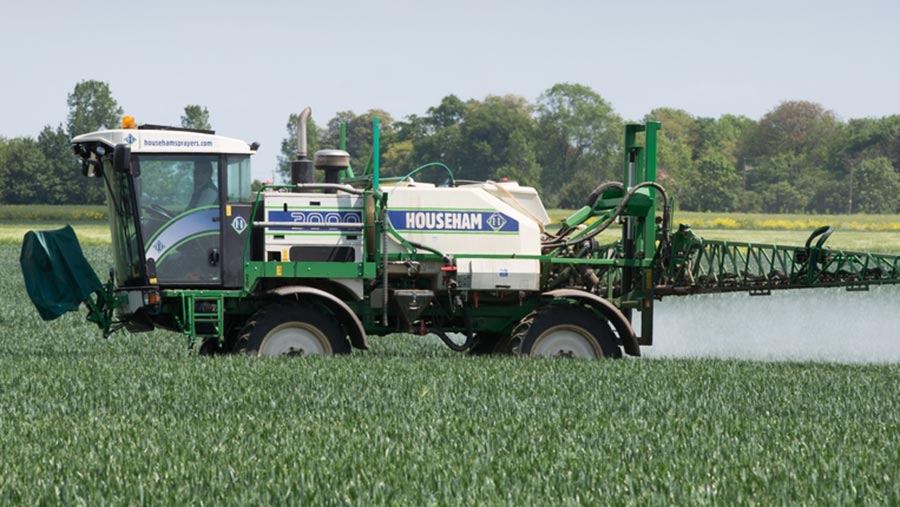 Wheat growers should use an SDHI and a strong azole for the most effective anti-resistance fungicide strategy to control septoria, say leading cereal disease experts.

The SDHI-azole combination is the best method to maintain the efficacy of the SDHIs, while alternating these fungicides give little benefit, they add.

Septoria is the biggest yield-sapping disease of wheat and the current warm, wet weather is likely to aid its spread as growers prepare for key T2 or flag leaf fungicide applications, which are usually made towards the end of May.

The use of the same SDHI twice in a season has led to worries about septoria becoming resistant to the fungicide, especially after signs of resistance were discovered in the UK and Ireland.

However, Fiona Burnett, head of crop and soil systems at Scotland’s Rural College, says these fears are unfounded and all SDHIs exert a very similar selection pressure on a septoria population.

“There is no evidence that alternating SDHIs in a fungicide programme will slow the onset of resistance,” she says.

“The best form of stewardship is to use an SDHI in partnership with an alternative mode of action with comparable efficacy, such as a strong azole, backed up with a multi-site fungicide.”

As with SDHIs, there is no evidence that alternating the best septoria azoles – epoxiconazole and prothioconazole – is worthwhile, as they both exert the same selection pressure and appear to select for the same mutations.

“There may be a subtle benefit, but it is much more important to use the azole at a sensible dose and apply it at the right growth stage,” she Ms Burnett.

Bill Clark, technical director at crop consultant Niab, agrees there appears to be no practical benefit from alternating SDHIs, but growers need to protect their efficacy by using them with a strong azole.

“Azoles were traditionally used as eradicants, but we are now relying heavily on SDHIs to get us out of trouble,” he says.

Mr Clark says growers need a systemic partner such as an azole in the fungicide mix or the SDHI is essentially left on its own.

“The warm temperatures we are now experiencing will result in a rapid explosion of disease. The flag leaf spray is no time to be complacent, even if you have applied the T1 in ideal conditions,” he says.