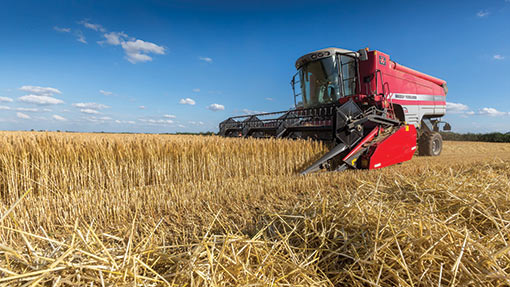 The revival of winter barley could strengthen next season driven by the new European Union proposed three-crop rule and the banning of neonicotinoid seed treatments.

Those with tight winter wheat-oilseed rape rotation may chose winter barley to meet the EU ruling, while oilseed rape growers banned from using neonics may look for an early-harvested entry crop to give them more time to establish their oilseed rape.

Barley experts also argue that winter barley can be more profitable than a second wheat due to its higher yield and lower input levels.

The winter barley area this season is estimated to be up 55%, and may rise further encouraged by new high-yielding feed barley varieties.

KWS, the leading two-row winter barley breeder in the UK, has demonstrated that it can push yields up nearly 1% a year from its string of successful new feed varieties.

“The future of barley is bright. The future is increasing yields in significant steps,” says John Miles, product development manager at KWS.

Getting the best from winter barleys

Its variety Saffron entered the HGCA Recommended List with a fungicide treated yield of 98 in 2005 and varieties of a similar heritage have since then slowly pushed yields upwards.

Coming up for recommendation at the end of this year is another KWS offering Infinity, which is the highest yielding candidate for the HGCA Recommended List and is said to have excellent wet weather disease resistance.

The breeder’s trials over the past four years show that winter barley can outyield second wheats by 1.4t/ha when using high input of nitrogen, fungicides and plant growth regulators.

“This shows the yield potential of winter barley if we are prepared to pushed them,” says David Harrap, KWS’s winter barley breeder in the UK.

The best yield he has seen in his trials is 12.8t/ha so he believes growers should be aiming at a 12.5t/ha yield under a high input growing system.

His aim is to breed the kind of variety that growers want with high yields, large bold grain, stiff straw and good disease resistance.

He suggests growers should be using 180-200kg/ha of nitrogen, a three-spray fungicide programme and plant growth regulators to get the best yield for their crops.

“We are nowhere near the physical limit for yield, we are only scratching the surface. There is not a sign that we are getting near the yield plateau,” he says.

Two-row barleys are now within 2% of the higher-yielding six-row varieties, while Mr Harrap is confident disease resistance will improve.

His key priority is rhynchosporium resistance and he describes this wet-weather diseases as the “septoria of barley” and is a real “yield killer”.

The group runs disease trials in the wetter areas of Britain, such as southwest England and Scotland, to assess disease with room to improve on the medium-high resistance score of Glacier and Tower both on a 6 for rhynchosporium.

“We are confident we can push up the resistance scores in barley,” says Mr Harrap.

After a slow 20-year-plus decline in area, winter barley is estimated by the HGCA to be up 55% at 484,000ha this season after the problems with a wet harvest and subsequent wet autumn in 2012.

The three-crop rule may prompted some wheat-oilseed rape growers into winter barley as the easiest option.

“For heavy land growers, winter barley is the obvious option with limited options for other autumn–sown crops,” said Mr Miles.

In addition, the ban on neonic seed treatments for oilseed rape will leave the crop open to autumn pest damage so the key will be a quick establishment of the crop.

“The focus of oilseed agronomy is going to be on quick establishment. So winter barley will give the best entry for oilseed rape,” says Mr Miles.

To make the crop competitive, growers should be aiming at crop yields of 12.5t/ha, so that in the second cereal position barley can compete well with wheat.

Four years of trials in Cambridgeshire and Herefordshire showed that winter barley crops gave an average yield of 10.24t/ha and winter wheat some 8.84t/ha.

On variable costs, the winter barley showed £88/ha lower costs and the signs are that this may increase as in the final year of the trials the gap had widened to £100/ha as wheat diseases such as septoria became more costly to control.

The trials used 220kg/ha of nitrogen for winter wheat compared to 180kg/ha for barley and fungicide costs for wheat were £90/ha compared with £60/ha for barley.

Of course, feed barley prices are lower than wheat, but comparing winter barley yielding 10.24t/ha at a feed price of £135/ha with wheat at 8.8t/ha and £160/t and taking into account barley’s lower inputs, the barley showed a £50/ha gross margin advantage to wheat.

The margin advantage widened to nearly £100/ha when taking into account the more valuable barley straw than wheat.

What the KWS team did learn was that drilling date was more critical for winter barley than for wheat as barley yields dropped sharply for October drillings compared with wheat.

They concluded that the ideal time to drill winter barley was September 20-30 to achieved maximum yields.

One drawback to winter barley is that some blackgrass herbicides, such as Atlantis and Unite, can not be used on the crop, and this is a factor that those farming blackgrass-infected land will have to consider.

However, there is blackgrass resistance building up to these herbicides, while winter barley competes better than wheat with blackgrass, KWS argues.