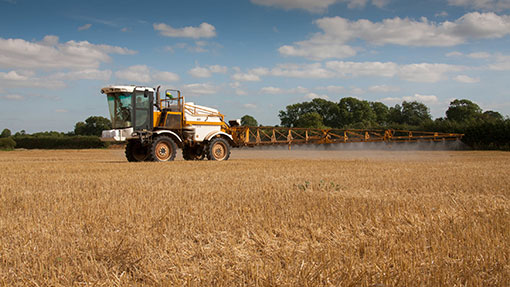 A reformulated Roundup is set to be launched in June with the world’s best-selling herbicide now offering better efficacy, less spray drift while being more rainfast.

The new Roundup Powermax will includes an increased concentration of glyphosate, but also improved salts and better surfactants to boost its performance.

Glyphosate itself shows almost no penetration into plant leaves, so benign salts and surfactants need to be added to get the herbicide into weeds.

The manufacturer Monsanto first launched Roundup in 1974 and has steadily refined the product to make it now the world’s most widely-used agrochemical with annual sales of nearly $7bn.

The new granular product has a 6% higher content of the active ingredient glyphosate at 720g/kg than the RoundupMax, which it is replacing, at 680g/kg.

The price at a rate of 720g active ingredient/ha is expected to be similar to the product being replaced at about £10-11/ha.

The new product, in 10kg bags, is set to be available for this summer’s desiccation of oilseed rape, pre-harvest treatment of cereals and post-harvest stubble weed control.

The manufacturer has been increasing the loading from the 360g/kg original concentration 40 years ago to twice that at 720g/kg.

This increased loading is claimed to give the product better weed control, while it will be rainfast in an hour and cut spray drift by a third.

“For the grower it will mean more flexibility to use the product in more situations,” says Manda Sansom, technical development and stewardship manager at Monsanto.

Since the patent for the product expired in 2001, more than 210 different glyphosate are now sold in the UK for professional use.

The manufacturer claims that the salts and surfactants make a big difference to the performance making its product more effective than generic rivals.

It says the formulation determines how much glyphosate enters the plant and how effectively it is translocated to key cells.