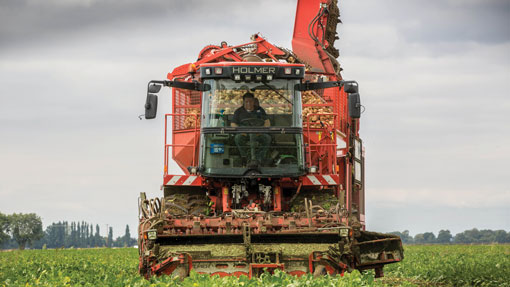 Gaining a better knowledge of what happens below the soil surface could lead to higher sugar beet yields. Richard Allison reports

The gap between on-farm sugar beet yields and those seen in variety trials is widening, with commercial crops now lagging over 6t/ha behind their potential.

To tackle this yield shortfall, the British Beet Research Organisation (BBRO) is carrying out a review of the research needed to address this problem, with the first projects focusing on root development using technology used to treat cancer.

Unlike other crops like wheat and potatoes which have seen yield plateaus, sugar beet yields have continued to rise over the last 30 years, said Debbie Sparkes, associate professor in agronomy at the University of Nottingham.

“It has been a real success story. But the increase seen in commercial crops is only half that seen in variety trials and the gap is now over 6t/ha,” she added.

To address this, she carried out a review of research requirements for the BBRO, including short-term objectives that offer quick wins as well as longer-term underpinning work.

The first objective was to identify if there should be any changes to beet’s nitrogen requirement of 120kg N/ha.

“Nitrogen is linked strongly to optimum canopy size as none is needed for the root,” she told the BBRO winter conference.

This recommendation may need reviewing with new varieties having more erect leaves. “They may need more N to build their canopy,” she added.

Other factors that may affect nitrogen requirements are the use of fungicides, as canopies are greener for longer, and the adoption of fertiliser placement technology to improve uptake in young plants, as used widely in France.

Another area key area is plant populations where the optimum density is 80-100,000 plants/ha, but uniformity is a greater concern and there is a desire to grow more even crops.

She also will look at whether high populations help frost tolerance.

“There are two theories for this, a denser canopy with more leaf offers greater protection or smaller roots with smaller crown are less exposed to frost,” she said.

Some of the longer-term priorities identified by Dr Sparkes are the focus of three projects being funded at Nottingham University.

These are looking at improving water uptake, rooting traits for improved nutrient uptake and improving establishment and early growth.

“Once we know this, we can look at the constraints and how to increase water uptake. This maybe by modifying soil structure or selecting for varieties with more aggressive rooting.

New techniques are having a key role by allowing a greater understanding of root development and structure than has previously been possible based on scanning technology.

Modified CT scanners are being used to scan rooting structures to see where roots are at any one time.

“Initial work has shown big genetic variation in rooting. The eventual aim is to identify rooting traits for optimal nutrient uptake and improving establishment and early growth. This will then help breeders in their plant selection,” she said.