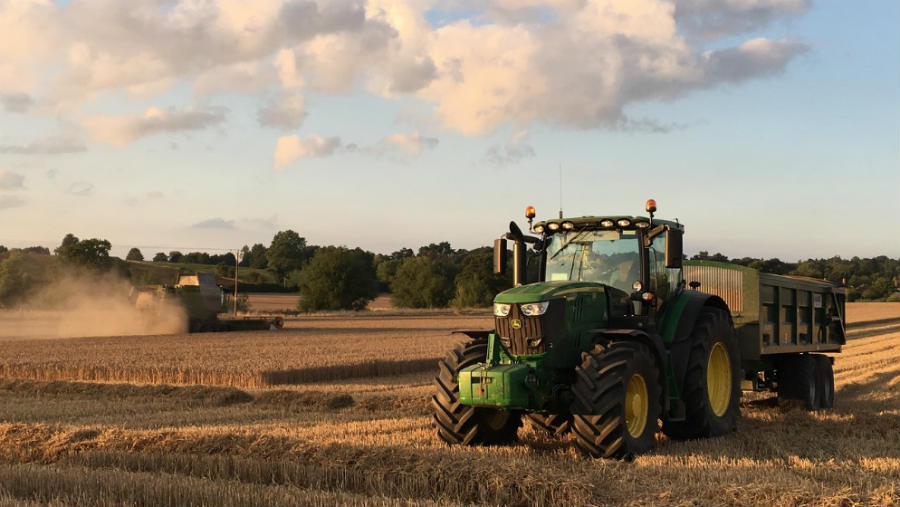 A young Shropshire farmer who took on 450ha of land last year without family backing or Single Farm Payment has now completed his first harvest.

With the high cost of renting land and buying machinery, arable farming is often seen as one of the most difficult sectors to break into independently, but that’s exactly what 29-year-old Matthew Williams has achieved.

The cropping area is a split between rented and contract farmed land which Mr Williams took on after the retirement of the previous tenant, who he had previously worked for.

This year he has cut winter wheat, winter barley, spring barley, oats and oilseed rape with results as follows:

It has been a challenging 12 months for the fledgling businessman after he had to find a way to access his own combine, a self-propelled sprayer, a tractor, and cultivation equipment.

After looking at all the options he decided to go down the route of purchasing via manufacturer and dealer finance as it was more cost effective than leasing, and better than having to rely on external contractors to get work done at the right time.

Mr Williams says he has “put a lot on the line,” but his bank has also been very supportive after he put together a compelling business plan, coming up with a competitive business loan and overdraft.

With just 100ha of land encircling his land and buildings near Bridgenorth, and the rest spread in blocks up to 20 miles away across the Midlands, one of the biggest headaches has been logistics, with crops coming ripe at similar times in different locations.

The dry June and early season also meant that some of his lighter land suffered with spring barley failing to hit malting specifications.

However, at the other end of the spectrum, a 10ha block of Graham winter wheat yielded more than 12t/ha.

Oilseed rape planting for next season is now complete with 100ha of Elgar, Wembley and Campus in the ground.

Mr Williams says he has the capacity to take on another 160ha with his current kit, but his long-term ambition is to have the security of owning his own land.