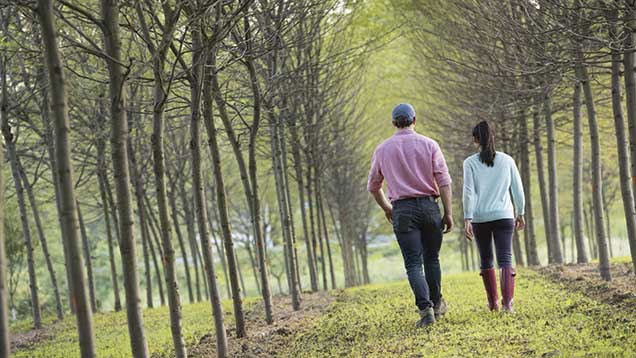 1. Court is not the only option – Alternative dispute resolution (ADR), such as mediation, collaboration and arbitration, and a determination to keep things amicable will assist in achieving agreement speedily and economically. The court process tends to take longer, cost more and be more public.

2. Farming divorces are complex – The assets and resources enjoyed directly by a couple and used by their family may not be owned by them personally. A farm may have been held for generations and in diverse forms of ownership. For example, the assets and business may be held through a limited company with numerous shareholders (often other family members), or through a will trust or family partnership.

In non-farming cases, it is typically easier to establish which spouse owns what – the challenge for the farming divorce lawyer lies in working out how both spouses and the children can be provided for upon separation without forcing a sale of any of the assets.

3. Fair is not necessarily equal – Since the House of Lords case of White in 2010, an equal division of the assets and wealth accumulated during marriage is considered a fair divorce outcome.  This may not always be achievable for farmers because of the need to preserve assets that were owned long before the marriage, but fairness still requires financial needs to be met.

Judges will bend over backwards to avoid the forced sale of assets, which might in turn threaten the viability of a farming business. For example, a judge may make an order that a spouse be paid out over a number of years.

4. Full financial disclosure – In all divorce cases both parties must give full disclosure of their respective financial positions. In a farming case, this will range from information as to how assets are held, to disclosure of the latest farming management accounts, a review of income generation and spending. Provide as much information as early as possible to advisers to avoid protracted argument and mistrust between the parties.

5. Protect and preserve – If there is a suspicion that divorce proceedings may be imminent, it may be sensible to limit overdraft facilities and put in spending limits on bank accounts and credit cards. Unilateral action, however, should be a last resort because a bank may seek to freeze a joint account if it gets wind of a divorce.

6. Be tech savvy – It is unlawful to view and take another person’s private documents and information by accessing their computer (which includes tablets, iPads, phones and so on). Where use has previously been joint and unlimited, think about limiting or preventing access to computers, laptops, phones etc. Consider applying new passwords to email accounts. Also, avoid the temptation to vent emotions via social media – better still, take down all social media accounts.

7. Assemble a good team – Sound advice from professionals such as accountants, land valuers and agricultural advisers is essential. Watch out for the tax ramifications of separating/selling/dividing property to arrive at a divorce settlement, especially where land and buildings are held in light of tax advice given over a long period.

Check there are no conflicts in advisers continuing to act for one party – an accountant who has acted for a family farming partnership, for example, may continue to act for the partnership but should not act for an individual member of that partnership involved in divorce proceedings with another member of the same partnership.

8. Update your will – Consider making a holding will during divorce proceedings, especially if third parties are involved and assets are held as “joint tenants” – ie, where the interest of one party passes to the other automatically on death. Again, consider the tax planning aspects. If you have named your spouse as a beneficiary  or executor in your will, these provisions will cease to have effect on divorce.

9. Keep an eye on legal costs – Divorce is expensive and generally each party pays its own costs. To keep these down, co-operate and provide as much information and paperwork as early as possible. Ask for costs estimates and ensure the right level of solicitor is working on the case. Day-to-day drafting can be done by more junior members of the team.

Ensure costs are updated monthly, or if necessary, weekly, so you know what has been done and how much it cost. You can put a cap on costs so that you are informed when a certain level is reached before more work is undertaken.

10. Next time – Pre and postnuptial agreements are increasingly popular and can protect assets. They should provide for children and be made at least 28 days in advance of a wedding.

Jane Keir is a family law partner at Kingsley Napley