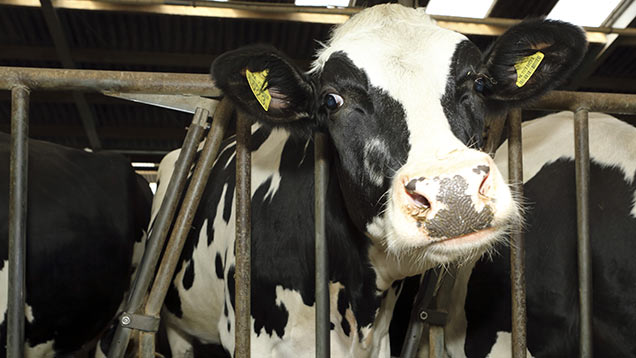 Dairy farmers can make big cost savings helping them get through the downturn by boosting performance, according to a report.

The annual Dairy Costings Focus from consultant Kingshay shows areas where all producers can improve, using real farm figures from the year to March.

Kingshay managing director Duncan Forbes says the changes would not be able to offset the whole milk price drop but most farmers could make better use of their current set-ups.

“When you are up against it on milk price you have to make sure you are focusing on every cost there is and optimising performance,” he says.

“They can be longer-term impacts, but dairying is a long-term game.”

When farms are ranked on purchased feed costs, the top 10% of spenders pay out 11.2p/litre.

“When you are up against it on milk price you have to make sure you are focusing on every cost there is and optimising performance.”
Duncan Forbes, Kingshay

That is more than double what the lowest 10% spend.

As expected, top-spending farms had higher average yields of 8,830 litres a cow – 834 litres more than the average.

But the extra money spent on feed meant there was no gain on margin over purchased feed.

Other figures show higher yields do lead to better margins on average – but only where feed costs are well controlled.

Mr Forbes says farmers should not simply try to cut what they pay for feed but properly analyse their forage, draw up a precise ration and target bought-in feed at cows that need it.

2. Make the most of forage

Mr Forbes says pushing for yield from forage, the cheapest feed, is relevant whatever your yield level.

When herds are ranked by yield from forage, the top 10% achieved 4,002 litres a cow, while the bottom quarter manage 705 litres.

But the lower group had average milk yields just 500 litres higher, at 8,461 litres.

Those best forage users managed a margin over purchased feed of 24.16p/litre – more than 4p/litre better than the bottom 25%.

Kingshay’s data shows the average farm is calving heifers at just under 29 months – but big savings are possible through more efficient rearing.

A same-size herd calving at 36 months could save more than £30,000 by getting down to two years.

Mastitis costs £248 a case and lameness £191, according to Kingshay’s Health Manager figures.

The average herd had 50 cases of mastitis per 100 cows.

Along with better performance in other health areas like milk fever, difficult calvings and metritis, the top quarter of farms were saving £16,481 compared with the average.