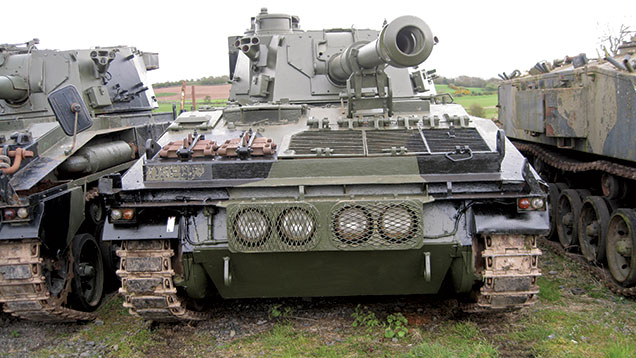 Amid rising costs and tightening margins, farmers must look for new opportunities or diversify to stay afloat.

Philip Case takes a look at some of the more unusual examples.

A Wiltshire farmer has built the first “Neolithic” long barrow burial mound in the UK for 5,500 years.

The barrow in All Cannings, near Devizes, allows people to pay to have their family ashes stored in urns inside the mound, which could house the remains of up to 2,400 people.

“I kept having discussions with people who didn’t have anywhere to place their family’s ashes. A lot of people have a special place, a walk, or a wood, but many don’t and the municipal crematorium is not to many people’s taste” said Mr Daw.

Work to build the 70m (164ft) mound began last December and finished in August. The interior arrangement of the columbarium – a technical term for a building of niches – was built in natural stone by traditional methods to make it useable in the 21st century, rather than a copy or pastiche of the originals.

The niches, which are being sold to fund the project, will be able to hold six to eight family urns. They could cost up to £1,200/niche.

Mr Daw says the project will provide an income after financial costs of £10,000/year, which will pay for the maintenance and the time involved in running the scheme.

A Scottish farmer converted his cowshed into a curling rink after he moved to England and began missing the sport.

The facility at Dundale Farm, just outside Tunbridge Wells in Kent, is England’s only dedicated curling rink.

Mr Fenton says thousands of people visit the rink each year to try their hand at curling, which has enjoyed a mini boom since the 2014 Sochi Winter Olympics.

Financially, the rink normally makes a small profit, but business has picked up since the GB curling team’s success at the Games.

To build the rink, he sought advice from a Canadian curling expert and imported most of the kit from North America.

But Mr Fenton admitted that, for most farmers, building a curling rink may not be suitable due to its size and there are no guarantees it will boost business.

Plus, you need to be knowledgeable about curling – and like the game.

The farm diversification offers the public unique tank-driving days in Dumfries, south-west Scotland, starting from as little as £50 a person.

When he is not driving tractors, Mr Evans likes nothing better than taking one of his tanks out for a ride on a 14ha plot of farmland, which includes rolling hills and separate tracks for each vehicle.

When the milk price plunged by 14-15p/litre in 1998, Mr Evans realised he needed to bring in money from elsewhere.

He bought his first tank for £800 – a petrol-driven FV432 armoured personnel carrier – and had to rip the engine out to replace it, which didn’t come cheap.

Now Penkiln Farm, near Newton Stewart, boasts a collection of 20 tanks, including four 432s, four Alvis Stalwarts, a Chieftain and a Centurion.

But starting a farm diversification business with tanks isn’t something that should be done on a whim, Mr Evans said.

“You’ve got to be the type of person who likes to take a tractor to bits and put it back together again,” he added.

The costs of major repairs to tanks, such as torsion bar breaks in the suspension and engine trouble, can set the business back. Running costs are expensive, too.

“But it’s all worth it when you see the smiles on people’s faces,” said Mr Evans. “Driving tanks is serious fun.”

Arable farmers in the Scottish Highlands have transformed part of their farm into one of the biggest tea plantations in Europe.

Jamie Russell, Derek Walker and Tam O’Braan set up the Wee Tea Company on the Dalreoch Farm Estate in Amulree, Perthshire, in 2011.

Initially, the business was started as a specialist tea blender, but the plantation has grown to more than 2,000 plants across 14ha of the estate’s total 60ha.

Contrary to popular belief, tea plants can survive in -11C weather for sustained periods of time.

Therefore, with good soil, water and the altitude of the Scottish Highlands, growing tea there is easier than some would believe.

The business cost about £50,000 to set up, which included the installation of 2.5m (8ft) high deer fencing around the perimeter of the plantation, to keep out rabbit and deer, and the propagation of the tea plant of choice, Camelina sinensis.

Mr O’Braan said setting up a tea-growing business has allowed him freedom from a dependence on single farm payments and the price volatility of growing other arable crops.

He has recently set up the Tea Growers Association to create a support network for existing tea growers and others who want to try growing tea. For further details telephone 01350 725 745.

An alternative Welsh tourist attraction offers hill farmers the chance to give the public a unique perspective of their working lives and showcase the role of local food.

Customers pay £170 for a two-day hill farming tour, which offers them an opportunity to meet and interact with local farmers and witness how life is for them today and how it was in bygone times.

“They find out all about what it’s like to work on a hill farm. They get to see heavy horses and sheepdogs working, learn about foot-trimming and sample local food,” said Mr Wyn Jones, who farms in Llanfairfechan, north Wales.

After the farm visit, tourists are taken to a nearby mill to see how a jumper is made, or to a butcher’s where they get to learn about the different cuts of meat.

Mr Wyn Jones said the talks are a great way for farmers to build their profile, connect with the public, tell their stories and sell their produce. They also get paid for their time.

“It’s an awesome way of sharing your story. We’ve had people visit from all over the UK, as well as China and the USA,” he added.