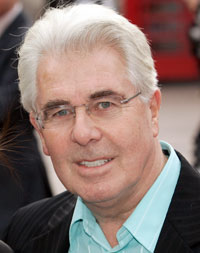 British farmers should move quickly to capitalise on the million pound PR boost TV chef Jamie Oliver’s pig programme has given the industry, says one of the country’s most successful publicists.

But if the industry used the programme, shown on Channel 4 on Thursday (29 January), as part of a wider campaign to promote British farming it could be worth millions of pounds in PR.

“It will take more than one programme on Channel 4 to turn around the industry’s fortunes, but it could be a very good kick-start to a campaign,” Mr Clifford told Farmers Weekly.

“What there should be now is backing from the industry. The industry should be pulling out all the stops to make sure this is just the start of the campaign.”

Mr Clifford said the initial 90-minute programme, with the backing of a popular TV chef, was worth about £1m in PR terms, something the British pig industry could not have afforded itself.

But if the show was used as a starting point for a wider campaign it could be worth millions of pounds.

“On its own it’s valuable, but as part of a wider thing, as a launch, it’s the difference between life and death for pig farmers.

“Jamie Oliver is very popular and has credibility with younger people. He is a very strong ambassador for the industry.

“This could be a crucially important programme.”