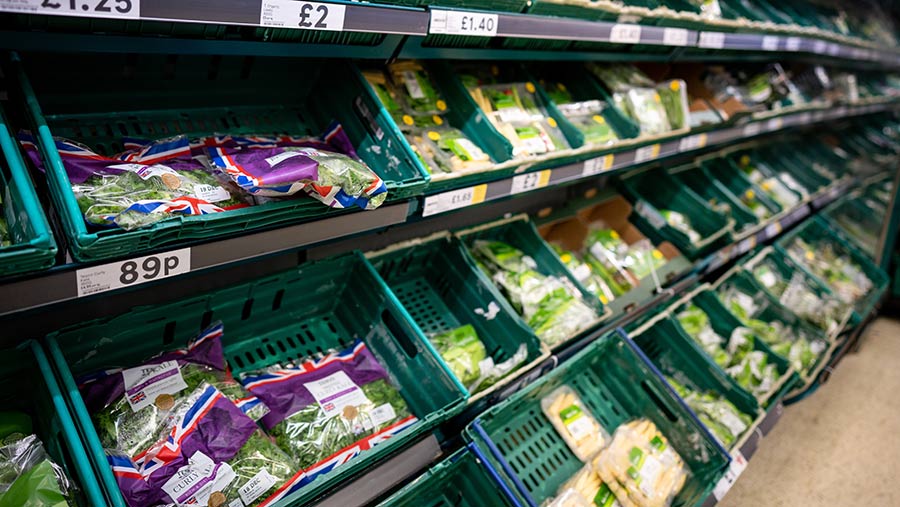 Retailer behaviour towards farmer-suppliers has continued to improve, the latest annual survey by the Groceries Code Adjudicator (GCA) has shown.

The survey canvasses suppliers over their direct dealings with the 13 supermarkets regulated by the Groceries Supply Code of Practice (Gscop).

Suppliers were asked to give an overall assessment of how they believed each retailer complied with the code to provide a clear measure for benchmarking progress.

Results from 2,398 suppliers revealed the highest overall level of compliance since the survey began eight years ago, according to Mark White of the GCA.

The number of those suppliers who experienced code-related issues in the past year dropped from 36%, in the 2020 survey, to 29% in this year’s report.

Performance improved across all areas with only one exception – lump-sum payments relating to better positioning in a retailer’s virtual store, Mr White reported.

Apart from that issue, respondents said that over half of the 13 retailers scored 95% or more when asked whether they “mostly or consistently complied with the code”.

By comparison, the 2020 survey had just one retailer with that level of compliance, and in the first survey in 2014, retailers ranged between 58-90% compliance.

Only one retailer, Iceland, fell below the 90% grade with a score of 86%. But Mr White said that was a 5% improvement on the frozen food retailer’s previous performance.

Top performer for compliance was Sainsbury’s, with a record high score of 98%. Co-op and Aldi were just behind on 97%.

Aldi had been the highest ranked retailer in all seven of the previous surveys. The discounter still ranked highest when suppliers were asked whether retailers “conducted trading relationships fairly, in good faith and without duress”.

One asked whether retailers had imposed Brexit-related retrospective or unilateral changes to agreements, with 8% of suppliers replying that contracts had been altered.

They were also asked to comment on what they thought would be the main issues in the next six to 12 months.

Brexit was the overwhelming response from almost half of the 958 who answered the question.

Other key issues identified were Covid-19 and prices, followed by forecasting and de-listing.

Each retailer will now receive company-specific analysis of the survey broken down by issue to help them identify and understand areas for further improvement.

Mr White said: “My message to suppliers is that clearly we are in a period of great change, and they should be prepared to engage with retailers at pace, as well as letting me know if they are experiencing any issues.

“I will be monitoring any code-related issues closely.”

More work to do

“While this year’s survey reports the highest compliance figures to date, there is still work to do for retailers, suppliers and the GCA to maintain and improve Gscop compliance, particularly as recurring issues such as lump-sum payment demands continue to be a challenge.”

She added that Brexit and Covid-19 concerns meant it was more important than ever for businesses to be able to identify code-related issues.

“The NFU is running Gscop training courses later this month, and I would encourage NFU members to take advantage of the discounted rates and book a place if they haven’t done so already.”