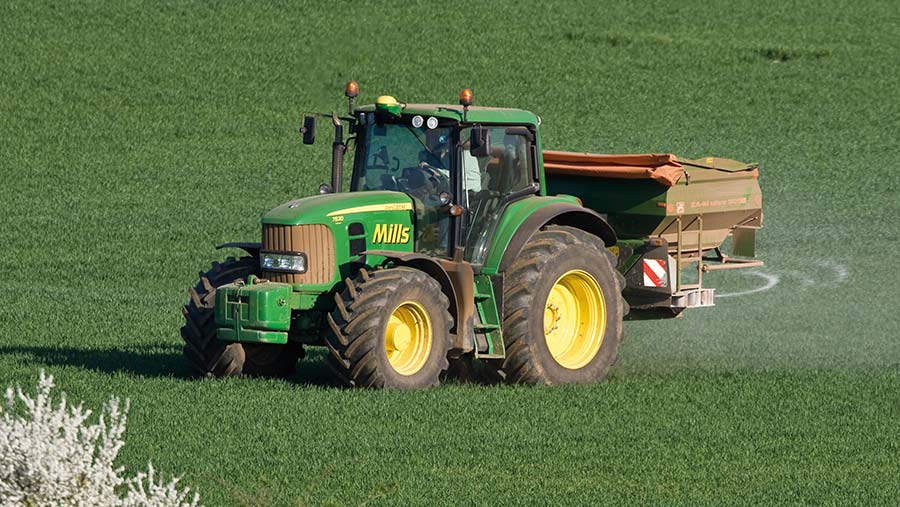 Many contractors in these agreements have lost money on them in recent years because of high initial tenders and the challenges of the past few seasons.

“People need to talk about how to cope with reducing BPS rates and they are largely not doing so,” says Mr Markham.

“BPS accounted for 84% of profits for our average client from the 2019 and 2020 harvests, and on average they are facing a 22% cut in BPS in 2021. Fifty-two percent of the profit of the top 25% in financial performance terms consists of BPS.”

He has advised on several arable agreements where terms will change from September this year to reflect the growing impact of reduced direct payments from the 2022 harvest.

These take a different approach to calculating the input to and output from a CFA by introducing elements of a share farming agreement to produce a hybrid model.

Accounting for ELM payments in a hybrid agreement

While BPS income is removed from the agreement, the Sustainable Farming Incentive (SFI) payment and some other likely ELM payments can be included as appropriate, says Mr Markham.

In the example in the hybrid agreement table, crop-related SFI payments for cover cropping and practising min-till on a portion of the land are included as these relate directly to commercial crop production.

However, as the ELM policy is developed, wider-reaching environmental payments are likely to be excluded and some land may be incentivised by these payments to come out of production.

With acreages likely to change as support policy drives decisions over the next few years, Mr Markham argues that the gross margin share is a fairer and simpler way than the traditional CFA to operate these agreements.

This addresses not only the fair share of risk in the agreement as BPS falls, but also the inheritance tax risk of some CFAs if they are not appropriately set up and administered, he says.

“You don’t have to change the agreement, you change the method of how the contractor is paid.”

Instead of the usual CFA method whereby the contractor and the farmer each receive a fixed sum, often referred to as a first charge, and then share any surplus according to an agreed split, he suggests splitting the gross margin to reflect the value of each party’s respective inputs to the agreement.

As an example, in a typical 450-acre arable CFA, with the farmer contributing the land and a grain store, and a contractor doing the field operations, the gross margin split would be in the region of 35% to the farmer and 65% to the contractor, suggests Mr Markham (see tables).

Under the hybrid model, in this example, the contractor invoices for a value equivalent to 65% of the gross margin in his charge for the field operations and any other fees due for his work.

This approach is adaptable in both the gross margin percentages as circumstances change and in the area covered by an agreement. “It is robustly flexible,” says Mr Markham. “CFAs are too fixed for what farming is ­currently facing.”

Many contract farming agreements result in a loss for the contractor because they have to tender to get them and people over-tender (put in too low an operation cost/first charge payable to the contractor), says Mr Markham.

“They spread their machinery costs across a bigger acreage but they have been losing money because in the last few seasons the bonus or profit share hasn’t been coming through.”

The hybrid approach means that the whole of the gross margin sits initially in the farmer’s accounts, before the contractor’s invoice is paid.

This is important for tax purposes, particularly on farms and estates where a substantial proportion of income comes from non-farming sources, such as rental income from letting cottages, workshops and so on.

The greater the share of income from such sources, rather than from trading (farming in this case), the greater the risk that the tax authorities will view a farm or an estate as an investment rather than a trading business, which could jeopardise IHT reliefs and income tax allowances.

This is especially important in the light of the suggestion in a 2019 review by the Office of Tax Simplification that, rather than the traditional 50:50 approach to the test for whether a business is wholly or mainly trading or investment for IHT relief purposes, the test should be aligned with that for certain capital gains tax reliefs, which applies an 80:20 threshold.

How does a traditional arable CFA work?

BPS in or out?

BPS income is usually retained in CFAs but Mr Markham says it should be removed in future.

“The problem is that if you remove BPS from a CFA, it brings down the rental equivalent of the land to about £20-£40/acre, which frightens people but it is a reality that will have to be faced,” he says.

Aside from the changes necessary for CFAs to continue as an option, Mr Markham expects the development of more joint-venture labour and machinery operations between farms as BPS drops.

These bring not only cost savings but also the wellbeing benefits of working together in an otherwise increasingly solitary sector. Joint ventures can also release management time for other interests or enterprises, as well as for retirement.