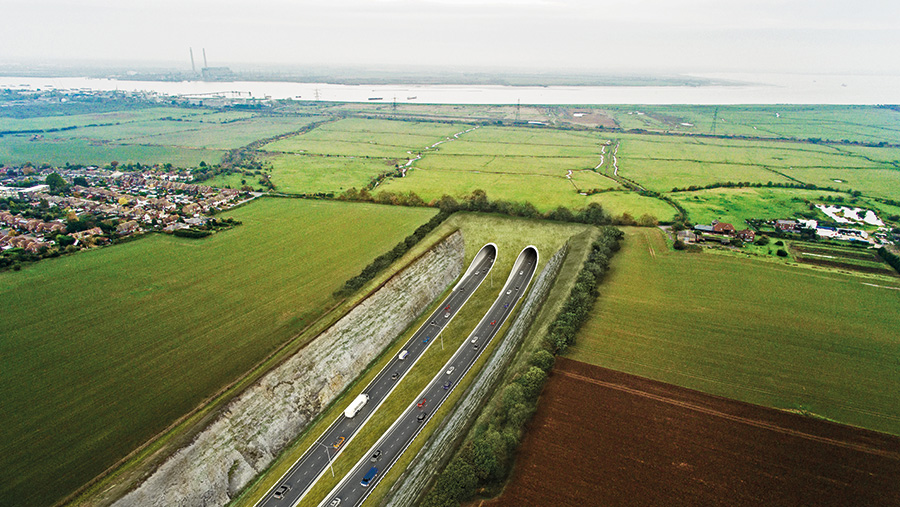 Farmers affected by proposals for a Lower Thames crossing are being urged to start preparing now to put themselves in the best position if their land is compulsory purchased.

The proposed river crossing would be situated to the east of Tilbury in Essex and Gravesend in Kent.

Landowners should start review their situation and to build a body of evidence – covering land ownership and business structures – to support any potential claim that needed to be made if the land was needed, said Tom French, compulsory purchase expert and partner at BTF Partnership.

“However, any such review must not simply be tailored to try and maximise compensation to the detriment of perhaps inheritance tax planning or other medium to long-term strategies for the business.

See also: Farmers’ HS2 concerns are still not being heard

“This scheme may still not happen, or could be delayed further, and therefore it is critical that any potentially affected party continues to farm and run their business as though in a ‘no scheme world’, as the key date for the majority of compulsory purchase acquisitions is the date of entry and that is when you want your business at its best.

“That might seem difficult emotionally, but this has to be looked at as a straightforward business transaction where you want to obtain the best possible price. Record keeping is key, as any claim needs to be substantiated.”

Mr French said the scheme was identified as a nationally significant infrastructure project, which meant a development consent order (DCO) would be granted, rather than the usual powers granted to local authorities to compulsory purchase land, if it went ahead.

However, this would not make any significant difference to landowners.

It was important to seek professional advice from someone who knew the legal process and was also an experienced negotiator, added Mr French.

It was government policy that the promoters of the DCO should seek to acquire land by negotiation wherever practicable and that powers of compulsory acquisition should only be sought where attempts to acquire land or rights by agreement have failed, he said.