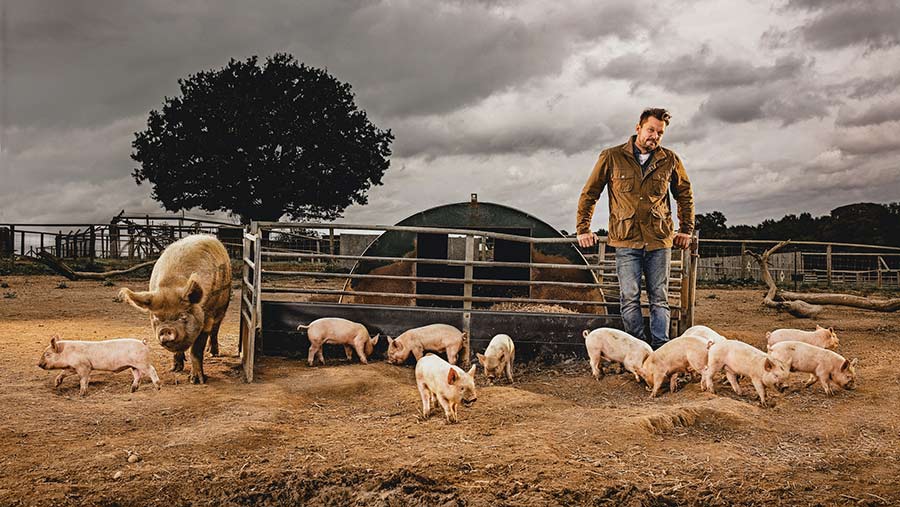 Many farmers are naturally wary of talking to the media, remembering all too clearly the impact that some of the negative stories about agriculture have had on their businesses over the years.

Negative stories on animal welfare and greenhouse gas emissions have sometimes made it feel as if the media is out to get farmers.

Despite all this, the advice from many – including this magazine – has been to “make the media your friend, not your foe”.

We get advice from NFU head of communications, Fran Barnes, who spent 20 years at the BBC, and founder of Just Farmers, Anna Jones, who is also a freelance journalist and media trainer.

We also find out from Jimmy Doherty, pig farmer and star of Jimmy’s Farm, whether working with the media has been a positive experience for him.

Should you get involved with the media?

Anna Jones believes you should use a degree of caution.

“There was a time when I would have encouraged every farmer to get out there, engage with the media and tell their story. But I’ve revised that opinion because it very much depends on the type of person you are.

“If you are deeply suspicious of the media, have a dim view of journalists and believe anti-farming bias is endemic, then I’d question how much you’d get out of the experience,” she says.

“But if you’re a ‘glass half full’ kind of person, open to being challenged, and enjoy meeting new people, then working with the media can be a hugely enriching experience.”

How can farmers best present themselves in the media?

Anna Jones The best and simplest advice is to always be yourself. People often overthink media interviews and put a lot of pressure on themselves to come across in a certain way.

This is needless stress and will probably hinder your chances of doing a good interview.

As humans, we warm to people who are comfortable in their own skin – and this translates on camera or microphone. The more “real” you are, the more a viewer or listener will engage with your story.

Fran Barnes Every NFU member can receive media training if they are keen to get involved and would like some extra support. We offer bespoke training both nationally and locally.

But if you’ve decided to do an interview, the best general advice is to be yourself, be authentic and tell your story. The vast majority of phone calls from jounralists are positive and an opportunity to champion British farming.

Should farmers be proactive in seeking out the media?

AJ If you’re going to actively look for media coverage, then you absolutely have to understand what makes a story and what the media is looking for.

You have to try to think like a journalist or a programme maker. “I think this is interesting,” is not enough – you have to interrogate your idea and think about how to pitch it, to ensure that it’s interesting to everyone else.

More often than not, however, the media will ring you out of the blue. Always make sure you understand exactly what they want from you and how you fit into their story. That will help you make the right decision about whether to be involved or not.

What should farmers do faced with a crisis, such as a pollution or animal welfare incident?

FB The first thing is to listen to what the journalist is saying and to write it down so you can remember what has been said and refer back to it later. Ask them to share with you any evidence they claim to have.

Don’t feel compelled to respond immediately – it is absolutely fine to say that you will need to come back to them when you have looked into the matter.

NFU members should ring their county advisor or regional office for support, while the national press team has an on-call service 365 days a year.

AJ It depends on the individual circumstances. But if, say, an animal rights protest is happening on a farm, and the farmer knows their welfare standards are excellent, then I would urge them to open their doors to the media.

They have a right to be heard – and the public should hear both sides of the story.

However, I would add the caveat that it depends on your personality. The farmer should ask: “Am I able to show emotion while keeping a lid on my anger? Can I keep a cool head under pressure? Am I easily provoked?”

Check in with yourself before committing to an interview in a high-pressure situation.

How can farmers make best use of social media?

FB  It completely depends on what you want to use social media for. If you’re wanting to use it to promote and campaign for British farming, then be positive, be genuine and be honest.

Try not to lecture and try to expand your followers to those outside agriculture. Be prepared for people to disagree with you, and if it gets personal or abusive, walk away.

Just Farmers offers media workshops and has a network of farmers willing to talk to the media. 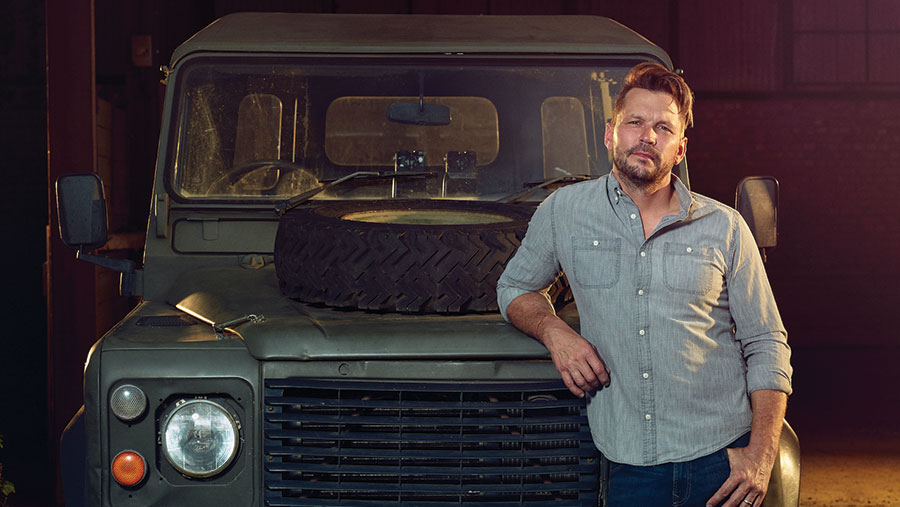 When it comes to media profiles, few in farming get much higher than Jimmy Doherty, who started his TV career in 2004 with Jimmy’s Farm and has featured in a range of food and farming programmes ever since – often alongside childhood friend Jamie Oliver.

“I know the NFU represents farming and does a really good job,” he says. “But I think it is really important that farmers tell their story. For a long time they have shied away from the media because it has sometimes been a negative experience.

“But things have changed enormously recently and farmers are being seen as a force for good. It is a perfect time to talk about what we do.”

The main benefit is that it creates a direct link with consumers. “They are the people who are buying your product – either directly through a farm shop or indirectly through the supermarkets,” says Mr Doherty.

The advent of social media has made it relatively easy to forge that contact. But there are lots of opportunities in traditional media too – be it local newspapers, village magazines or local radio and TV.

“What’s important as a farmer when dealing with the media is not to think that you are talking to the farming industry,” he advises.

“Often we speak in technical language, or we feel that we will be judged by our contemporaries if we get something wrong.

“But actually it’s about telling your own story in your own words that’s important. The general public don’t necessarily understand what you are talking about. Avoid acronyms, it’s simple plain language that people really understand.”

Media training is not necessary, he advises. “If you are a farmer and talking about something that you love and are passionate about, that comes through anyway. It’s more about confidence really.

“When I first started out in TV, I used to think ‘oh no, there’s millions of people watching’. They’re not! It’s just a cameraman behind a camera. As soon as you get over that and become yourself, that’s all that matters.”

Mr Doherty’s main advice is to keep it simple. “Just think what do you want to tell, what do you need to say. You don’t have to fill it full of facts. You just have to speak from the heart.”

While he encourages farmers to be proactive, sometimes it can be that the press come knocking – especially if there has been a problem such as a complaint by a member of the public.

“We’ve had problems on our farm in the past,” admits Mr Doherty. “Everyone likes a salacious story. The main thing is to make sure you are fully informed of the facts and be totally honest.

“Any time you seek to paint an overly positive picture, or try to hide away from what has actually happened, you’ll get found out.”

Jimmy’s top tips
• Use social media channels
• Appeal to a wider audience, not just the farming community
• Tell your story – what makes you individual