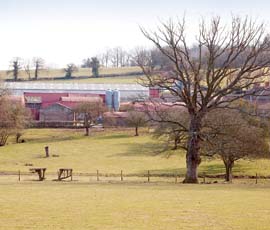 Agreed farm rents have risen by an average of 25% in the last year, according to research by Smiths Gore.

The firm’s database of agricultural rents includes details of more than 1,000 rent reviews on Agricultural Holdings Act and Farm Business Tenancies, with a combined turnover of £15m.

“When things really kicked off in 2008, with higher commodity prices, those rents that were quite low and hadn’t been reviewed for a long time were picked off first – so some very big increases were seen.

“Now, commodities have risen again, and although farm input prices have risen too, it’s clear there are expectations of this new level of profitability being sustained into next year, and we would expect to see strong results from this study again in a year’s time.”

Only a very few cases in the firm’s database had gone to arbitration, he said. And, for quite a few in the study, rents have not been reviewed for five or 10 years.”

Smiths Gore’s research shows that average rent on all farm types in England, Wales and Scotland rose to £70/acre from £57/acre – a 24% rise.

The firm’s head of farm management, Simon Blandford, said a positive consensus on arable farming profitability was evident in rents currently being offered. “We have recently sought tenders on a 430-acre, bare-land farm in Oxfordshire on a 10-year FBT. We’ve sent out more than 100 sets of particulars and received over 30 offers of rent.

“We were expecting a strong result, but we’ve been astonished at the response – the average rent tendered has been in excess of £160/acre.”

Mr Blandford added that landlords seeking to secure their positions had begun to explore models where rents were linked to an external mechanism like wheat prices, although this was only possible within Agricultural Tenancies Act agreements and contract-farming arrangements. However, not all were seeking aggressive increases.

“A lot of landlords are taking the view that CAP reform and the future of the single farm payment remains uncertain and that, after 2014, we could be looking at a very different backdrop to European farming and that could influence profitability greatly.”