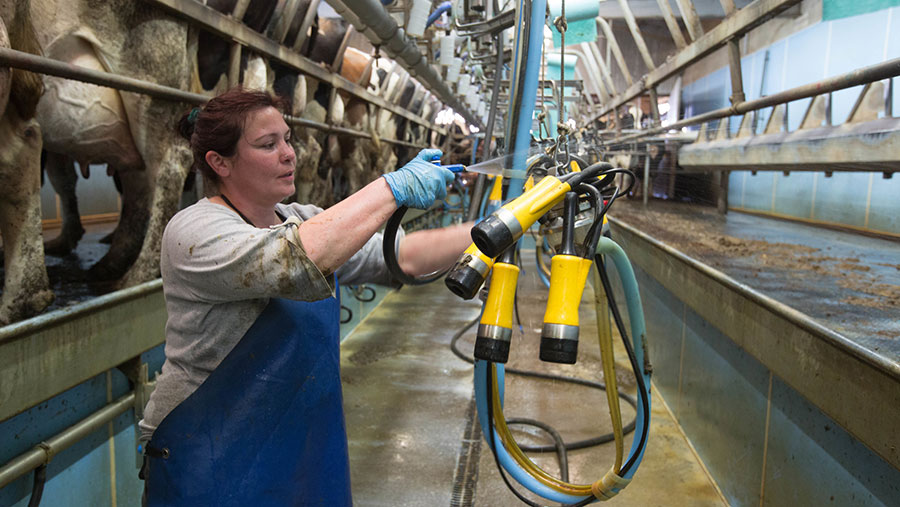 An investigation into dairy farmer numbers in Great Britain has concluded there are now 8,850 – which is around 900 fewer than statistics have previously indicated.

AHDB launched the investigation after figures pointed to more dairy farmers in England and Wales quitting the industry at the start of this year than at any time since March 2007.

The number of dairy farmers in England and Wales has traditionally been tracked using Food Standards Agency records of the number of farms registered for dairy hygiene inspections.

According to this data, there were 8,859 producers across England and Wales at the start of April 2019, a figure that had dropped by more than 330 farmers since December 2018.

But AHDB said the FSA database was going through a ‘cleansing process’, which has resulted in the numbers falling dramatically, but did not reflect the true rate of exodus from the sector.

“The FSA database tends to be updated quickly when a new farmer starts up production, but not necessarily when a farmer exits.” it said.

“Deregistering is unlikely to be top of the “to do” list for a farmer leaving the industry, and the FSA will often only capture this cessation when they carry out a regular check.”

To clear up some of the uncertainty, AHDB has now produced its own estimate of numbers, based on the number of active producers and temporary inactive producers from the milk buyers that contribute to the Daily Milk Deliveries survey.

This covers about 75% of volumes in GB, and so the estimate has been adjusted accordingly to represent the likely national picture.

A figure based on levy data has been used to account for direct suppliers.

AHDB said despite the ongoing decline in dairy producer numbers, milk production was at record levels.

“Other factors, including cow numbers and yields, have a larger bearing on production than the number of producers.”

According to previously published FSA figures, there were 8,859 producers in England and Wales at the start of April 2019.

In Scotland, the number of dairy farms is traditionally tracked by the Scottish Dairy Cattle Association, which reported there were 891 herds in January 2019.

This would suggest a GB total of 9,750 dairy producers, which would be 900 more than AHDB’s new estimate.