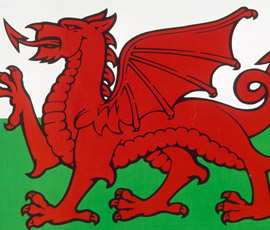 Speculation that farmers will lose 30% of direct payments post CAP reform if they join Wales’ new agri-environment scheme next year have been refuted.

Wales’ Deputy Minister for Agriculture, Alun Davies, described as “misplaced perception’’ concerns that Glastir would conflict with the ‘greening’ proposals recently announced by the European Commission.

“I want to make clear that we are at the beginning of a process for further CAP reform. It is far too early to speculate about what the final position will be – or when that stage will be reached. But I am absolutely confident that Glastir will be a central part of the future,’’ he insisted.

Mr Davies said he remained committed to Glastir. “I can promise those in the farming community currently considering joining in 2012, or applying for 2013, that the Welsh Government will provide a fully flexible approach to those in Glastir to consider their future options when we have certainty on the final shape of the CAP reform process.”

The Welsh Government wants a number of aspects of the Commission’s reform package changed and is working with the UK government and others on these issues.

Mr Davies acknowledged that the move to area payments would result in a significant redistribution under the Single Payment Scheme.

To ease the pain he wants a gradual change to full area payments with a longer transitional period.

Have your say on the CAP reform proposals