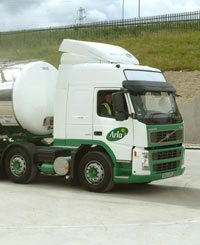 Arla Foods and Milk Link have both announced that they will increase the milk price paid to their farmer suppliers this summer.

Arla said it would pay an additional 0.5p/litre to members of its supply group from 1 June, taking a standard litre to 24.5p/litre.

Milk Link also announced a 0.5p/litre increase, although it would kick in from 1 May. It will be paid by way of an increase to the Business Market Related Adjustment and take Milk Link’s standard litre price to 23.75p/litre for members on manufacturing contracts and 23.97p/litre for those on liquid contracts.

Both companies said they were passing back some of the value from improved dairy commodity markets.

“Market projections suggest that commodity prices will continue to firm throughout 2010. This 0.5p increase on Arla’s standard litre is based on these predicted returns and is line with Arla’s objective of delivering a stable and competitive milk price,” Hanne Søndergaard, deputy chief executive of Arla Foods UK, said.

Milk Link chief executive Neil Kennedy agreed that there were “encouraging signs” the wider dairy market was starting to strengthen, and said any gains would be passed back to farmer members.

He also said the co-op had made big improvements in efficiency, which would ultimately benefit suppliers.

“A key focus for Milk Link in everything we do is to add value efficiently. Indeed, our price increase for May reflects our success in maximising operational efficiencies, taking out cost from the business and improving our product & customer mix.”