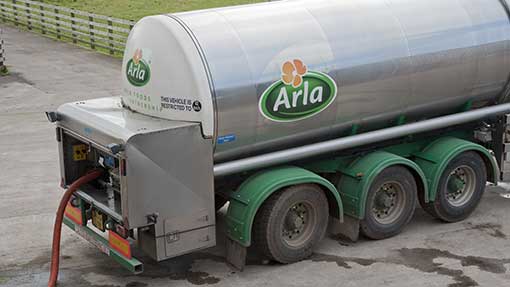 Arla Foods has appointed the head of its Danish business to run its UK operations.

Peter Gioertz-Carlsen will take on the role of executive vice-president of Arla UK from 1 August, having previously held the same position in Denmark.

He replaces Peter Lauritzen, who has led the business for seven years and will continue to work for the European co-operative globally until he retires in 2015.

Mr Gioertz-Carlsen said he felt privileged to lead the team in a dynamic and exciting market that holds significant opportunities.

“Contributing more than one-quarter of our global turnover, the [UK] business has already achieved many milestones includes its undisputed number one co-operative position in the UK,” he said.

“I look forward to taking the business from strength to strength.”

Arla’s UK business has a turnover of about £2bn and more than 3,000 members, just under one-third of British dairy farmers.

“His experience and energy will be missed and I wish to thank him for all he has given to Arla,” Mr Tuborgh said.