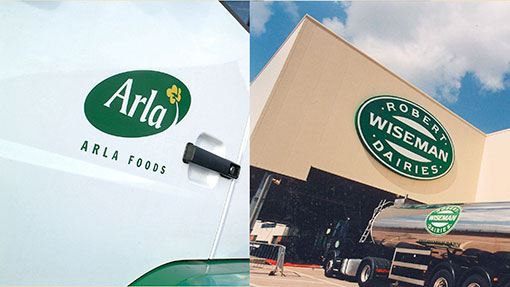 Arla has slashed its milk price for direct suppliers by 1.5p/litre from 1 July, blaming the continued slump in global commodity markets.

About 140 farmers in Arla’s non-aligned direct milk pool will be paid 32p/litre.

Earlier this week the European co-op announced its 2,800 farmer-owners would keep the same price of 33.74p/litre in June.

Arla head of milk and member services Ash Amirahmadi said the direct price continued to be one of the UK’s highest.

“It reflects the recent, negative trend in commodity markets to which, unfortunately, the business is not immune,” he said.

The price index at Fonterra’s Global Dairy Trade Auction fell 1.8% on 20 May – the seventh fall in as many weeks.

Muller Wiseman has said it will not be making any price announcements for July, while First Milk’s board will meet on Monday 2 June.