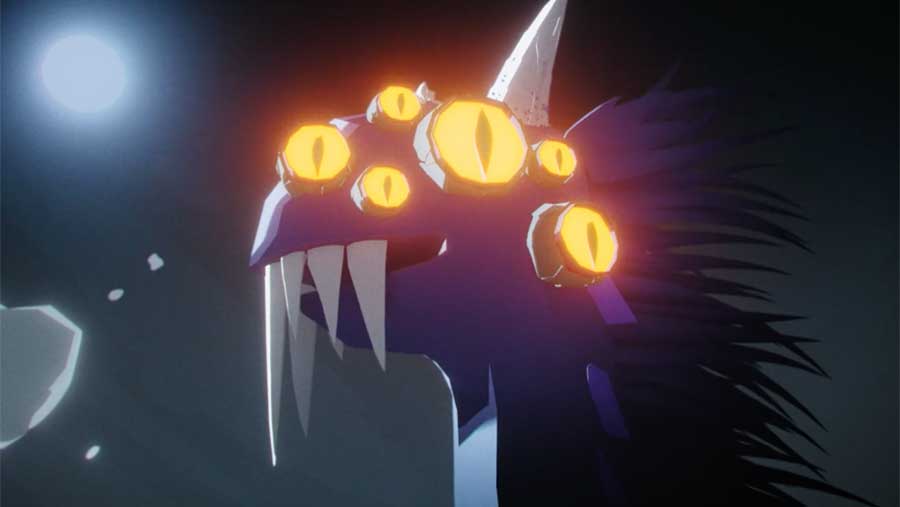 An Arla advertising campaign that depicted synthetic growth hormone rBST as a six-eyed children’s monster, was served a preliminary injunction in the US last week.

The case was brought by rBST (bovine somatotropin) distributer Elanco against Arla Foods on the grounds it made false or misleading claims about the growth hormone’s safety.

The Wisconsin court prohibited Arla from running its “Live Unprocessed” television and social media advertising campaigns and banned the global dairy processor from making any further claims around rBST’s safety until the full hearing of the case.

The hormone rBST is used to slow the rate of mammary cell reduction in dairy cows, extending the period animals can remain at peak milk production.

A report that analysed several previous scientific studies undertaken in 2003 estimated that rBST use increased milk yields by 11-16%.

With the UK government keen to make a flagship trade deal to make a positive statement around Brexit, US dairy products with rBST could undercut UK produce.

Despite being deemed safe in the US in 1993 – rBST is banned in a host of countries, including the EU, Canada, Australia, New Zealand, Argentina, Japan and Israel.

A 1994 EU study found the growth hormone’s use substantially increased health problems with cows, including foot issues, mastitis and injection site reactions, impinged on the welfare of the animals, and caused reproductive disorders.

Arla were extremely disappointed by the preliminary ruling and intended to appeal the decision, said head of Arla US, Donald Stohrer Jr.

“As a farm-to-fridge co-operative owned by dairy farmers, we really take to heart values of animal welfare, food safety and environmental responsibility in making our great-tasting, exceptional cheese products.”