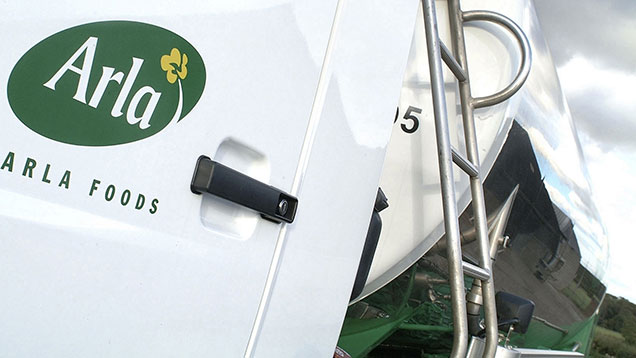 Arla members face another price cut of just over 2p/litre from 5 January, bringing their standard litre price down to 24.81p/litre.

The drop brings the total price cut for Arla’s 3,000 British farmer-owners to more than 10p/litre since April. The new price includes the impact of a drop in the on-account price and 13th payment changes.

For the co-op’s 1,500 AMCo members, mainly former Arla Foods Milk Partnership members, the cash impact will be helped by a drop in the butterfat reconciliation from 0.45p/litre to 0.01p/litre on all milk supplied from 1 January 2015.

These members are also being given a payment holiday of three months on the investment levy they pay through the Emerald Debt Co.

Those paying 0.5p/litre will pay nothing during January, February and March 2015 while those paying  1p/litre will have their payment reduced to 0.5p/litre during the same time period, with the levy being re-introduced on 1 April 2015.

“Global supply and demand are still out of balance which is continuing to create downward pressure,” said Ash Amirahmadi, UK head of milk and member services.

“The knock on impact of weak international prices on the European markets has affected Arla’s business performance, as well as that of the entire dairy industry in Europe.

“The weak, but positive result of the recent GDT auction is welcome, however it is too early to conclude that there is any change in underlying market conditions.”

The current forecast 13th payment is 0.62p/litre, a 0.06p/litre increase compared to the 2014-based estimate. In January the 13th payment would be rebased to reflect the 2015 Arla amba forecast, said the co-op.