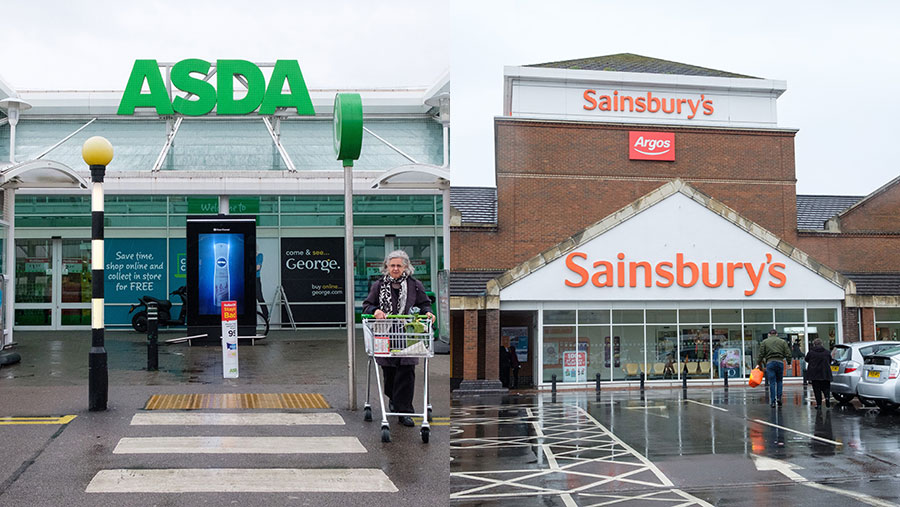 The NFU has written to the UK competition watchdog to express concerns about the planned £10bn merger between Sainsbury’s and supermarket rival Asda.

The Competition and Markets Authority (CMA) invited comments from third parties about the effect the merger could have on competition in the UK, before a formal investigation can begin.

The deadline for responses was Monday (4 June).

On 30 April, Sainsbury’s and Asda announced plans to create the UK’s biggest supermarket chain,  equating to about 31% of the supermarket sector.

Sainsbury’s promised the tie-up would result in price cuts of 10% for consumers, raising fears their suppliers would take a hit.

In a letter to the CMA, NFU director general Terry Jones expressed concern over the merger arguing it could hurt competition and consumers’ interests.

Mr Jones said: “Farmers and growers form the foundations of grocery supply chains – providing the British public with safe, traceable and affordable food for all incomes.

“The consolidation of retail buying power has been of great concern to our members for many years.

“If buyers working for this enlarged business abuse its market power and make unreasonable demands on suppliers by transferring excessive risk and unexpected cost to suppliers, which in turn damages their ability to innovate and invest, then ultimately this will impact on choice and availability for shoppers.”

According to reports, the NFU understands ministers at Defra and the Department for Business, Energy & Industrial Strategy have called for the CMA to consider the impact on the supply chain – and especially on small suppliers.

The NFU has welcomed these calls and it has asked the CMA to outline how they will reflect this in their investigation.

“The NFU will be examining this proposed merger very carefully,” added Mr Jones. “We will be undertaking our own modelling to examine the effects it could have on farm businesses and their offering to the public.

“Officially registering our interest in this merger with the CMA is an important first step.”

The CMA plans to publish the third-party responses later this summer, before a formal investigation can begin “in the coming months”.

If it is approved by regulators, the Asda-Sainsbury’s merger will surpass market leader Tesco, which has about 25% of the market share.