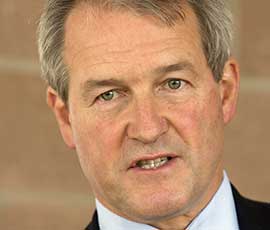 DEFRA has defended its decision to transfer 15% of the CAP budget from direct payments to rural development schemes – despite claims it will hamper agricultural development.

The Country Land and Business Association (CLA) said the move would limit farmers’ ability to invest.

CLA deputy president Henry Robinson said: “Farmers in England will be severely disadvantaged if modulation is at 15% – the full amount possible – which is not in alignment with our European neighbours, who may even benefit by switching funds from rural development to direct payments.

“This announcement fails to recognise that agriculture underpins the rural economy and taking money away from this sector will restrict its ability to become more efficient through greater investment.”

But in its CAP consultation, published on Thursday (31 October), DEFRA argues there is a strong case for the taxpayer to shift the maximum 15% of Pillar 1 funds to Pillar 2.

“We believe that rewarding farmers for the environmental goods they provide is a much better use of taxpayers’ money than providing direct subsidy,” DEFRA said.

“Transferring funding to Pillar 2 would also increase our ability to deliver improvements in the productivity and longer term competitiveness of UK agriculture and help to grow the rural economy.”

“This announcement fails to recognise that agriculture underpins the rural economy and taking money away from this sector will restrict its ability to become more efficient through greater investment.”
Henry Robinson, CLA deputy president

DEFRA argues even with the maximum transfer of 15%, the cost of the UK meeting its environmental obligations and objectives is “more than we can afford”.

Farmers have questioned why DEFRA is proposing to move the maximum 15% of direct payments to allocate more funding into agri-environment schemes under Pillar 2 at a time when they are being asked to produce more food to meet the demands of an increasing population.

But DEFRA insists: “Our modelling suggests that, at the aggregate level, a reduction in Pillar 1 funding will have only a small impact on England’s agricultural production levels.

“There is no evidence to suggest that voluntary modulation in the period 2008-12 had an adverse impact on England’s farming competitiveness.”

DEFRA has no plans to transfer funds from Pillar 2 to Pillar 1.

Writing in his consultation foreword, DEFRA secretary Owen Paterson said: “The next Rural Development Programme is a major opportunity to invest over seven years in the rural environment, farming competitiveness and the rural economy.

“This is why I believe that transferring the maximum 15% from Pillar 1 to Pillar 2 would be the right thing to do where we can demonstrate it would deliver worthwhile and valuable outcomes for farming and society and contribute to rural economic growth and enhance the environment.”

Read more about CAP reform on our dedicated page