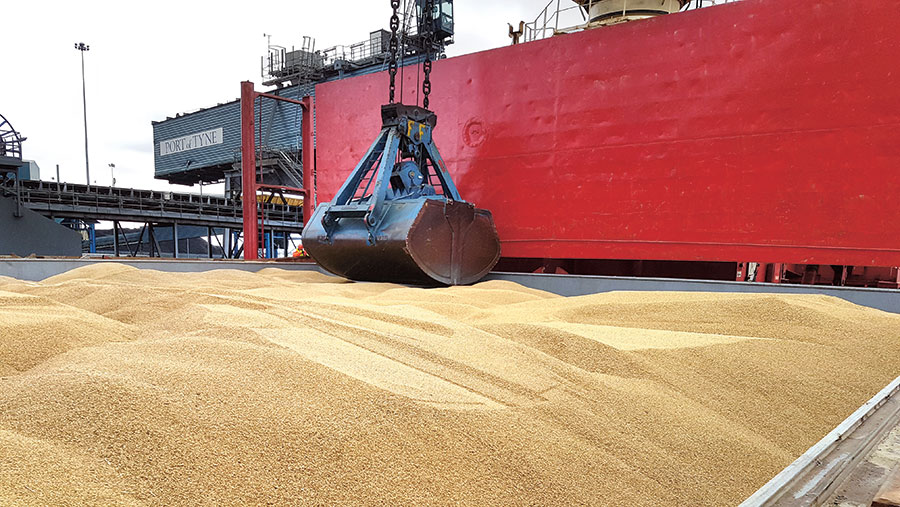 Farmer-to-farmer trade is dominating movement in a tight and rising feed barley market.

This further narrowed the gap between wheat and barley, with feed wheat moving up just 70p/t to average £144/t ex-farm.

Barley has gained about £14/t over the past eight weeks, compared with an £8.50/t rise in wheat values. Continental European barley values have also risen.

Prices fell last week on a stronger pound, along with rain in parts of a very dry US. The pound’s strength came from the EU-UK transition agreement reached on 19 March.

The UK market continues to see a very wide range of prices, with spot barley anywhere between £130/t and £145/t, with the strongest prices in the south-west and north-west regions.

Feed wheat midweek ranged from £134/t to £153/t ex-farm, with the strongest prices as usual in the North-East.

Tyneside based GrainCo was loading a 26,500t barley boat this week bound for Algeria, following a deal done three months ago. Even if more barley was available now, UK grain was too expensive for the export market, said managing director Gary Bright. Looking to new crop grain, he said that farmers had been reluctant sellers so far.

“Crops look like they have potential but many look indifferent at this stage,” he said.

Along with the drop recently reported in the Scottish area, he expected the area in the north of England would fall too.

Gleadell’s managing director David Sheppard said that the winter barley acreage was down about 10% and a lot of spring barley was not yet planted. The later it was sown, the greater the yield risk.

“There is a strong forward market and it looks tight,” he said.

November prices are about £5/t higher than harvest values.

Cereal use for compound feed manufacture has been higher so far this season than last and barley has taken a higher share.