Converting a barn into a dwelling using permitted development rights is often far from straight forward, with nearly half of all applications refused. We speak to one farmer who now advises others on how to succeed.

“Never give up,” says William Ashley from his farm office in Hertfordshire.

The mixed sheep and hay farmer knows a thing or two about perseverance. 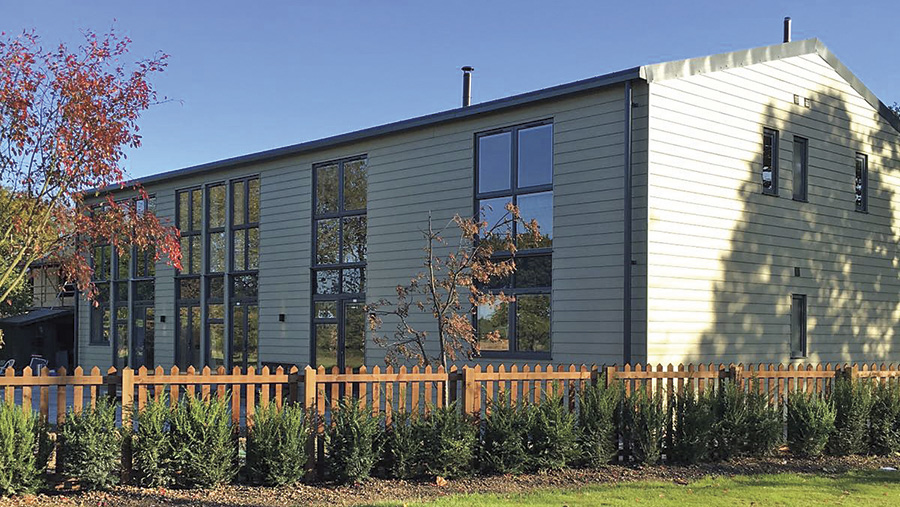 Barn conversions can involve a struggle for permission, so patience is needed

In the past two years he has had three permitted development rights (PDRs) applications refused, fought and won to overturn these on appeal, been through a hearing and helped five other farmers to secure planning permission using PDRs.

He is no stranger to the full planning process either, and over the past 30 years has given many of his old agricultural buildings a new purpose.

Former chicken sheds have been converted into 12 live-work units and are occupied by local business owners, including a travel agent, artist and design engineer.

General purpose barns are rented out to an electrician and a stage performance company, while two houses – a converted barn and a new build – also provide rental income. 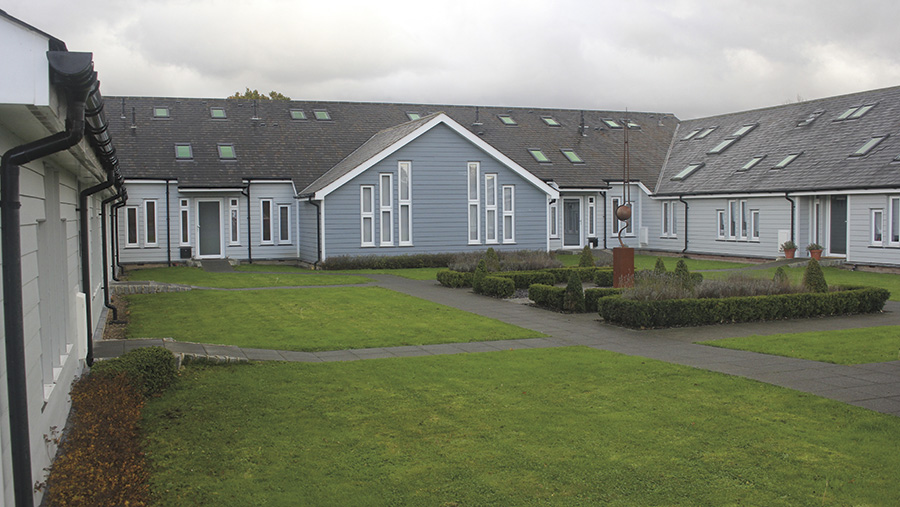 Through these changes Mr Ashley has transformed his 101ha family farm and secured its future.

Rather than a cluster of redundant buildings, Monks Green Farm is now a smart and vibrant space with more than 35 people living and/or working on site.

“We were a small family farm, so for a long time I’ve seen we needed to diversify to survive,” he says.

“We’ve got a bit of a community here now, with the live-work units.”

But it hasn’t all come easily, and the most difficult and frustrating developments have been the more recent ones – the conversion of two barns into three dwellings using permitted development rights (PDRs).

So-called “Class-Q” PDRs were introduced by the government in April 2014 with the aim of making it easier for farmers to convert disused agricultural buildings into dwellings, thereby generating extra income and adding to the much-needed rural housing stock.

The legislation would mean farmers could bypass the full planning application process and submit simple plans, which would be decided on within 56 days.

But 46% of all such applications since then have been refused in England – about 3,000.

That’s despite the government issuing guidelines to local planning authorities (LPAs) this year, following complaint planning officers were not interpreting the legislation correctly.

Mr Ashley’s three applications are counted in those figures.

Mr Ashley  put in his first PDR application in June 2014, soon after the legislation was introduced.

Two general-purpose barns on the farm had fulfilled their agricultural life and were now redundant. The plan submitted was to convert the smaller one into a house and the bigger building into two dwellings. 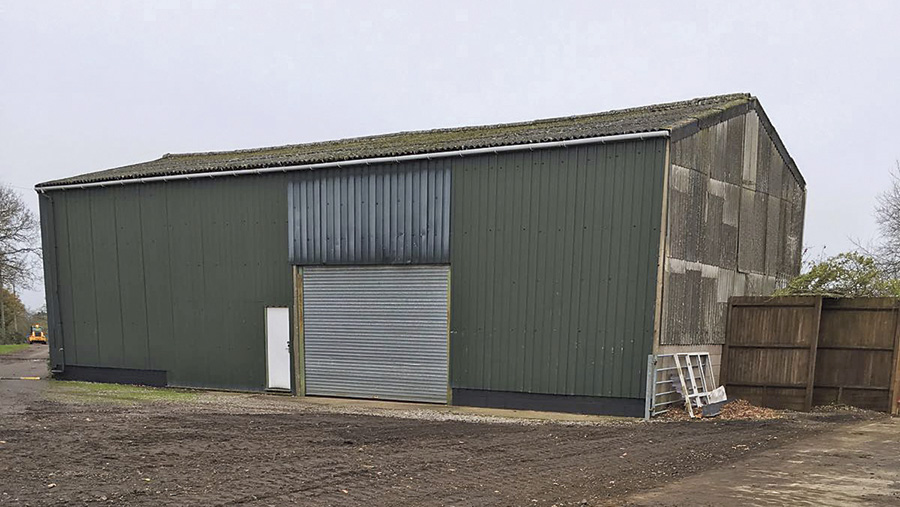 PDR legislation permits the conversion of old agricultural buildings into no more than three dwellings.

But the planning officer refused the application because Mr Ashley had already built or converted two houses on the farm more than 10 years ago using full planning permission.

The application was also refused, as has been common with many refusals, on the grounds that its isolated location would make it “unsustainable” for someone to live there.

This was despite Monks Green Farm being a 30-minute drive from north London, just over a mile from the village of Brickendon and less than a mile from a bus stop and a railway station with trains to the capital.

This meant he could only create one more dwelling, said the LPA. 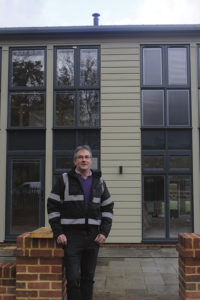 An appeal and hearing upheld the council’s decision on the issue of the number of dwellings, but made no decision about isolation.

So Mr Ashley put in a second application, this time for just the smaller barn, which would create one dwelling.

In the meantime, the government issued guidance to LPAs which clarified that the three dwellings allowed under PDRs Class Q did not include dwellings built or converted under full planning permission.

This meant Mr Ashley’s second application was not refused on the number of dwellings.

However, since the planning inspector for the appeal had failed to come to a decision on isolation, the application was refused on those grounds again.

“The inspector came on a Tuesday and gave us a decision on the Thursday,” he remembers, to grant the application permission.

He was also awarded £2,500 for his time and costs incurred going to appeal, although he says he had a battle with the council to prove his expenses. 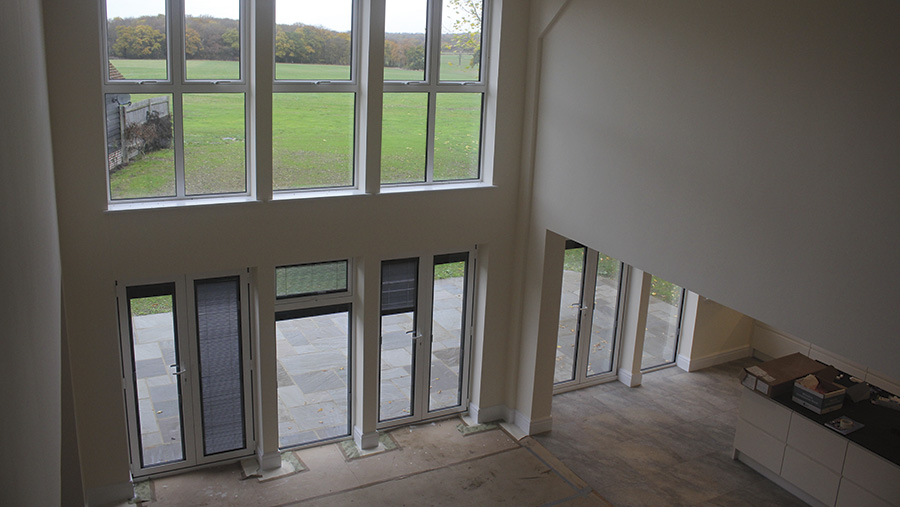 The converted building makes good use of tall ceilings 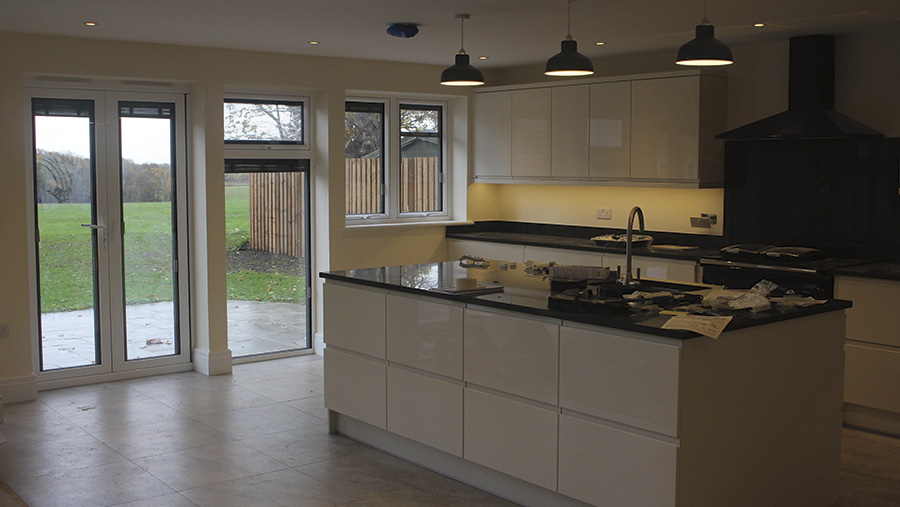 The conversion provides a modern open-plan living area and kitchen

This barn conversion is now complete, with big open-plan spaces, tall ceilings, modern kitchen and a view across the farm’s fields. A family will rent it and is in the process of moving in.

But it had taken 16 months for the PDR to be granted.

Far from put off though, Mr Ashley put in another application for the second barn to be converted into two dwellings.

Again, it was refused. This time the planning officer decided removing the building’s lean-to exercised his PDRs and therefore it didn’t qualify for Class Q.

This was despite a lean-to being  removed in the conversion of the first barn, without it being a problem.

For the third time, Mr Ashley went to appeal. And again the inspector overturned the planning officer’s decision and Mr Ashley was awarded £2,500 of costs. 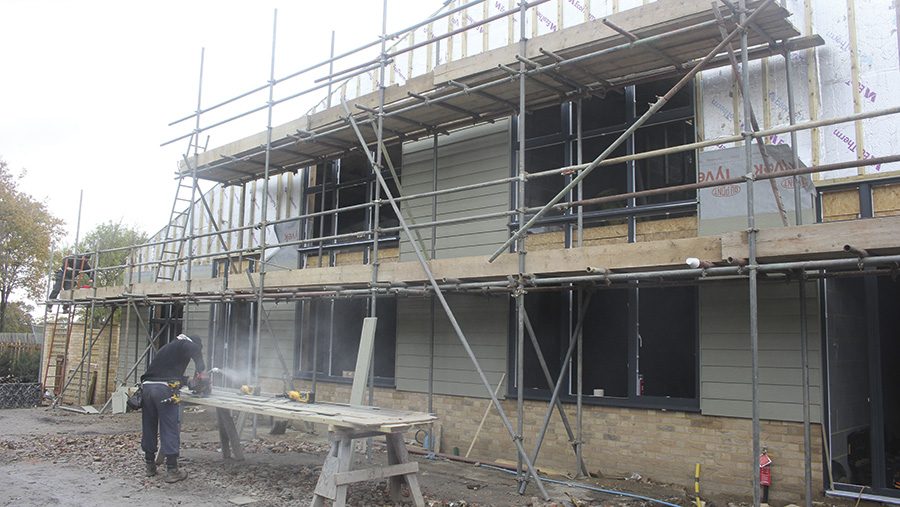 The conversion process can take longer than expected

Now the builders are on site and busily converting the remaining barn.

“The designs of the buildings are exactly the same as when we first put them in,” says Mr Ashley, “but it has taken over two years instead of 56 days.”

“You can understand why many farmers give up – because of the time and cost. [LPAs] always start with a ‘no’ – they should start [by asking] how can we grant this?”

Now Mr Ashley  provides a planning service to other farmers, imparting the knowledge  he has picked up along the way and through following of the twists and turns in legislation.

“We want to right a wrong,” says Mr Ashley.

Among those  he has helped get through on appeal is a neighbour’s application that was also turned down on sustainability grounds, even though Mr Ashley says a development of 80 houses had been built next to the site.

On appeal, it was turned down because the farmer had applied to change its use to storage in 1993 – which he then didn’t use.

What the council failed to say, was that a PDR for converting a storage building into a dwelling exists and is called Class P. An application is now in under this PDR.

In total, the costs awarded to Mr Ashley as well as the farmers he has helped, amount to about £10,000 he estimates.

“Its been a real learning curve,” he says.

“Most people think the planning system is expensive and bureaucratic, and it is, but there are ways through it.”

“We probably couldn’t have stayed here, [if we hadn’t diversified with conversions].

“If a building falls down, you fall down – you’ve got to do as much as you can to diversify.