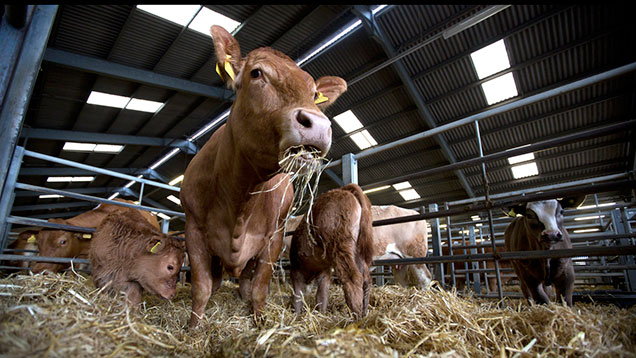 Sluggish retail demand has caused prime cattle prices to slide over the past month.

The GB all-steers deadweight average slipped from over 365p/kg in mid-January down to 351.8p/kg at the end of last week.

Abattoir throughputs are running slightly above last year week-by-week, with prices down a little on the same period in 2015.

Even cull cow prices were coming under pressure, after looking stronger in the in the early part of 2015.

“While not indicative of the forecast for the year as a whole, the number of prime cattle coming forward has been ahead of immediate processor and retail requirements.”
Debbie Butcher, AHDB/Eblex

AHDB/Eblex senior analyst Debbie Butcher said steer and heifer values were still well ahead of the five-year average for this part of calendar.

“While not indicative of the forecast for the year as a whole, the number of prime cattle coming forward has been ahead of immediate processor and retail requirements,” she said.

“With reports starting to suggest that queues at processors could be emerging, concerns about the evolution of farmgate prices may be developing, especially after the decline in the summer last year when the supply/demand balance was very unfavourable for producers.

UK farmers should not face the same pressure from higher Irish imports as they did in 2015, Ms Butcher added.

She explained tight supplies in both the UK and Ireland should support prices this year, even though the weaker euro might tempt buyers to look across the Irish Sea.