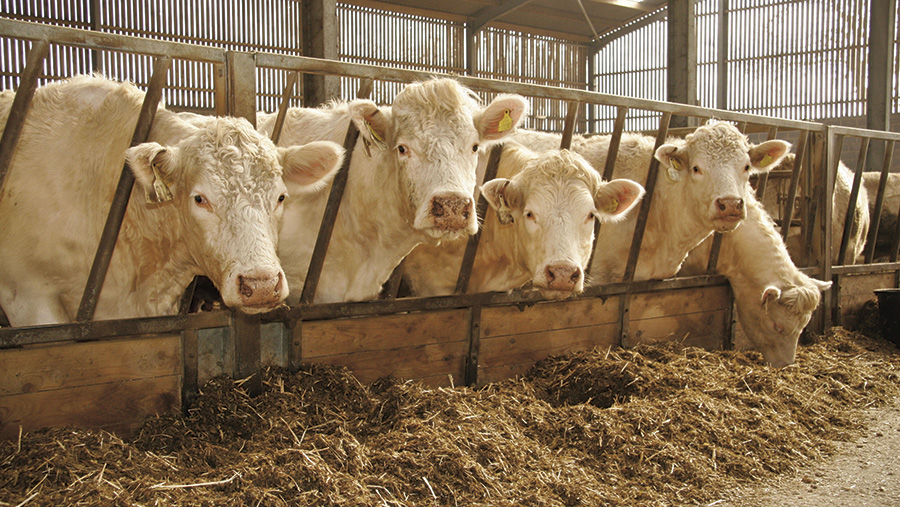 The impact of  spec changes on beef prices is coming under increasing scrutiny.

Beef producers feel they are being kicked when they are down.

With trade already sliding, the past six months have seen a flood of processor changes. Big abattoirs have brought in new grids, with harsher penalties for heavier carcasses and for cattle making more than four movements.

The NFU says this is hitting farmgate prices. “We are talking millions of pounds wiped off the value [of cattle] – it has got to be at least that,” says NFU chief livestock adviser John Royle.

The National Beef Association (NBA) says even if the base price surged to 380p/kg, heavier deductions would still see producers losing money. “[Retailers and processors] want to buy the raw material as cheaply as possible,” says NBA chief executive Chris Mallon. “One of the tools they have is specification and grades.”

It is not just the finished ring that is affected. Livestock Auctioneers Association executive secretary Chris Dodds says the movement limits are based neither on welfare evidence nor on customer analysis.

“It ripples down because the men standing around the ring cannot go over a certain value.”

Trade has been tough.

Prime prices have slumped since the start of the year from a low base.

The British all-steers deadweight price fell from 330.3p/kg in mid-January to 314.4p/kg in the week ending 16 April.

Establishing the link between grid changes and falling prices is difficult. In the past three months the average R4L steer price dropped 5.4%, but the all-steers average came down just 4.8%. AHDB’s market intelligence wing has started to investigate what is driving the beef price slide, asking if tighter specs are having an impact.

But finishers’ frustration is real.

One West Midlands producer’s cattle are killing out a grade down on last year, despite judging them the same before they are sent.

A West Country finisher had less than two weeks’ notice of a grid change on 1 January.

But Oxfordshire farmer John Rixon, selling up to 90 young bulls a year, sees both sides.

“[Retailers] are the customers and they know what they want to achieve,” he says.

This means prime cattle over 380kg dead, about 40% of last year’s kill, have less demand. “[Retailers] say they need smaller strip loins because they cannot sell the bigger ones,” she said.

All supermarkets questioned by Farmers Weekly denied changing spec with their processors in the past year. That leaves a stand-off: farmers claim grids are used to force down prices, retailers deny making changes and abattoirs hate talking anyway.

The meat sector, with big, private firms and favoured farmers on “special deals”, could do with some open, honest debate.

Morrisons said it had not made “any major changes” to cattle classification in the past 12 months. It said the retailer and subsidiary abattoir Woodheads were signed up to the voluntary code with its three-month notice period.

Asda and Sainsbury’s said they had not made any changes to beef specs in the past year.

Waitrose, supplied by Dovecote Park, said it had not made any changes.

The premium retailer said its top weight had always been 380kg and trials with heavier animals over the past 18 months had not met shoppers’ needs.

ABP said its new 15-point grid would give greater accuracy in grading. “It helps us meet with customer specifications.

The vast majority of the cattle supplied to ABP are in spec,” a spokesman said.