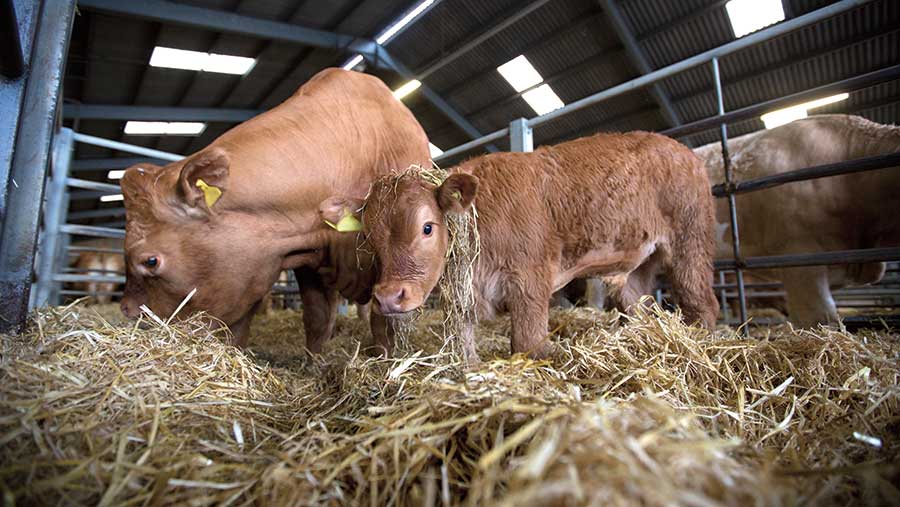 The mood in the beef trade, from the farmer’s point of view, is much brighter this year.

This time in 2016, producers were criticising processors for bringing in stricter weight limits and deadweight grids at short notice. These included harsher penalties for animals outside supermarket specs.

Abattoirs, the farming unions argued, were unfairly wiping millions off the value of cattle.

Twelve months on, both the fat and store markets are firm. Even so, underlying tensions remain.

Tougher enforcement of weight limits, as processors push for more animals to kill out below 380kg, has been controversial.

An AHDB report found two-fifths of British steers and young bulls slaughtered in February 2016 weighed over that mark.

Since then, carcass weights have fallen: in 2016, the average steer carcass was 3kg lighter, heifers were down 4kg and young bulls 18kg.

In the first four months of 2017, steer weights were down 7kg, heifers were up slightly and young bulls were flat.

AHDB Beef & Lamb lead analyst Duncan Wyatt said heifers and steers were not massively down, once other fluctuations such as weather were considered.

Grid changes: A year on

But auctioneers and fieldsmen told Farmers Weekly producers have responded to signals from abattoirs, which want smaller steaks and joints for supermarkets.

In the past year, British shoppers have bought more beef. According to retail analyst Kantar, households bought 1.3% more beef by value and 3.5% by volume in the 52 weeks to 25 April.

“Farmers have definitely responded,” Mr Mahony said. “We have seen carcass weights come down. We have a very buoyant beef sales market and less beef [around].”

Farmers still face inappropriate and confusing demands passed down from the big retailers, according to John Brereton, chairman of the Livestock Auctioneers Association.

Restrictions on cattle movements were not based on evidence, he added, and weight limits did not represent the whole market, as smaller abattoirs wanted different-sized animals.

“Producers have not ignored the signals coming from the market,” Mr Kingwill said. “It has been difficult because the store cattle price this spring has been strong. [Finishers] are having to be more conscious about their efficiencies.”

Across breeds, effects have varied, which is reflected in store values.

Prices for native breed stores have held up, AHDB figures show, with the average value of yearling and 18-month-old Hereford steers and heifers both rising in January-March 2017. Apart from yearlings, all continental prices fell.

Chris Mallon, National Beef Association chief executive, said the new limits meant many cattle, particularly continentals types, were being killed at about 400kg when they had another 40-60kg of lean meat to put on.

This had tightened total beef supply, when the UK was still not self-sufficient. AHDB has predicted beef production will fall 2-3% in 2017, even though slaughter numbers will rise.

“There is a lot of cattle now that do not reach their full potential,” Mr Mallon said. “If we are looking to the future, with Brexit, when we are not self-sufficient in beef, we need to be filling that void.”

Other issues linger. The pricing system, still based on the Europ grid, needed to better reflect values such as eating quality, Mr Mallon added. Also, processors were still tweaking terms and penalties at too short notice.

Nick Allen, chief executive at the British Meat Processors’ Association, said larger abattoirs were securing stock well ahead and building relationships with farmers. Progress had been made but all the problems had not gone away, he said.