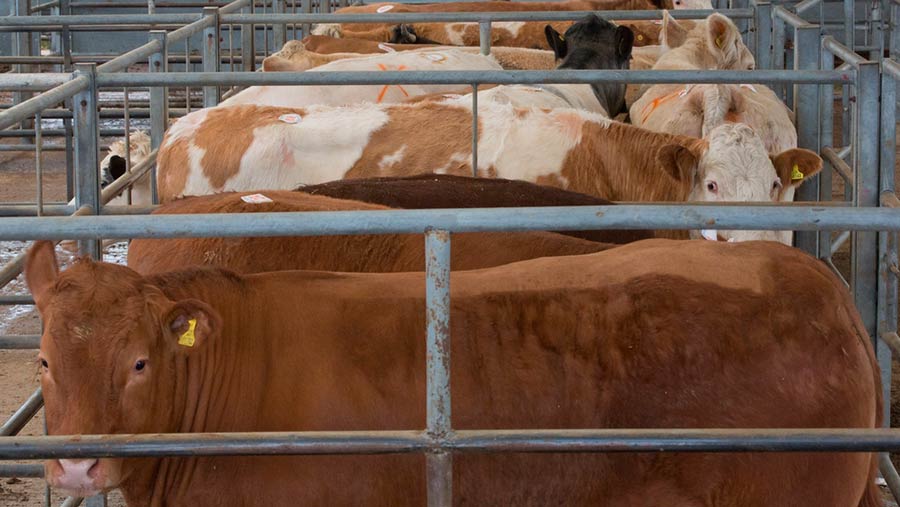 Beef supplies are tightening faster than forecasted earlier this year – which could keep support in the prime cattle trade.

Latest figures from AHDB Beef & Lamb show prime cattle slaughterings in June were back 7% on the year at 141,000 head.

The UK’s output for the first half of the year is 2% lower than last year’s levels and in line with levy board forecasts.

AHDB senior analyst Debbie Butcher said that prediction was going to be back further by the end of the year.

“We have seen prices move up in the last weeks,” she said.

“It is a little stronger than I thought it was going to be but there is no doubt we have got the supply situation right. Probably we under-egged it a bit.”

Britain’s beef trade position has benefitted from the tighter supplies, even in the face of a weak euro.

Imports from Ireland – the UK’s biggest foreign supplier – were back 350t on the year in May.

Total imports remain up 3% on 2014, though this was the best position of the first five months.

Exports remain difficult, down 21% on the year.

Ms Butcher said this was where the currency was playing a big role.

“Our product is still in robust demand but importers can pay less to get the returns they need,” she said.