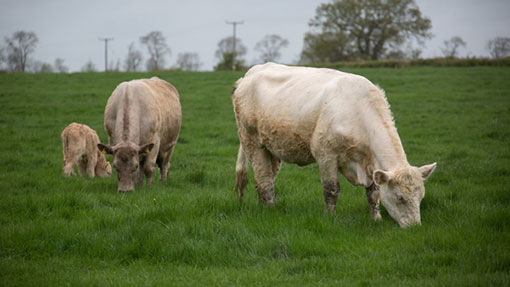 Beef price prospects are brighter for 2015, according to Eblex forecasts.

Concluding the levy board’s annual conference, sector director Nick Allen said lower supplies in the UK and across the world would help farmgate prices recover after a disastrous year.

Mr Allen said it was clear tighter supplies would push up beef prices and retailers would also have to charge more.

But pig and poultry producers would also have access to cheap cereals that would up the competition for protein sales.

“At the moment the uncertainty sits with the farmer, who has been rocked with what happened in the last year, and now it is going back to the processor,” Mr Allen said.

“The danger is that farmers take the foot off the accelerator. When things are tight there is a real focus on efficiency.”

On the sheepmeat side, the UK should cement its position as a leading world producer next year but the difficulty would be to keep shoppers buying lamb, the levy board forecast.

However, the world’s sheepmeat output is expected to be up just 0.5% for the whole of 2014.

Big global traders Australian and New Zealand are forecast to see drops in production of 4% and 9% respectively.

“The danger is that farmers take the foot off the accelerator. When things are tight there is a real focus on efficiency.”
Nick Allen, Eblex

Mr Allen said all signs were for a very similar UK lambing season to this year’s, with a more buoyant first half and a more difficult second half.

He said the main challenge would be encouraging consumers to choose lamb over other meats through promotion in the home and foreign markets.

“We might be helped by beef being more expensive,” Mr Allen said. “I am somewhat hopeful that the news on the beef side pulls the lamb price with it.”

“Lamb is the most expensive protein on the market and it is challenged in the current economic climate.”

From a supermarket perspective, Waitrose agriculture manager Duncan Sinclair told the conference the country’s economic recovery would hopefully revive consumer demand but only when wages start to grow again.

“The current, challenging economic climate is going to persist at least for the next 18 months,” he said.