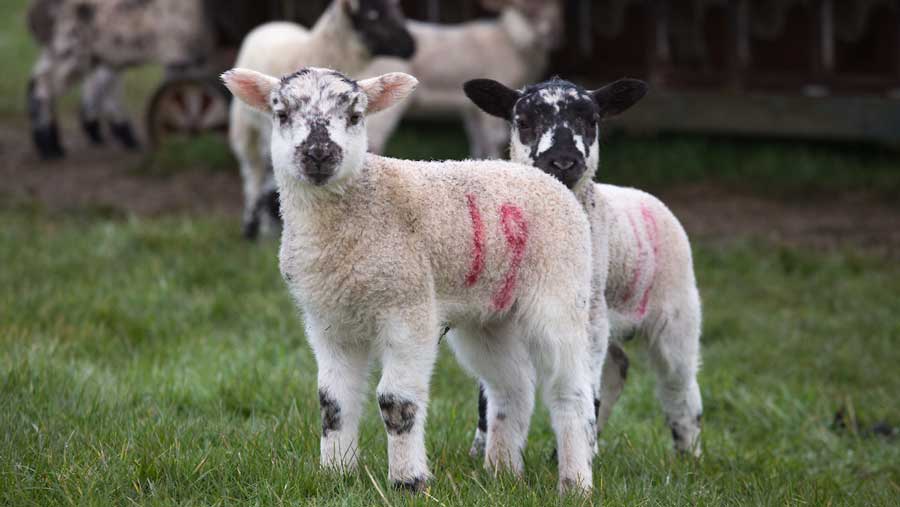 Plentiful supplies could weigh on lamb prices for the last part of 2016, as latest figures reveal a surprising rise in numbers.

English farms had 7.8m lambs under a year old in June, according to Defra’s most recent census. This was up 1% on the same month in 2015, which suggests the crop was a little bigger on the year.

He said the wet, slightly colder spring meant lambs had finished more slowly than usual, leaving higher numbers on the ground by June. Following that, slaughterings were lower over the summer as well.

“This suggests there will be more lambs coming [to slaughter] in the final quarter of the year, unless anything drastic changes in the next few weeks,” Mr Kozlowski said.

“We thought the crop would be of a smaller size. It probably was a similar size, but it has been slow to come forward.”

The English female breeding flock was also larger on 1 June, with numbers up 1% on the year at 7.1m head.

There were 4% more ewes for first-time breeding, while the population of those kept for further breeding or slaughter was flat.

Despite greater ewe slaughtering this summer, the breeding flock at tupping this autumn will likely be bigger than in 2015, AHDB said.

The British liveweight SQQ dropped 4p/kg in the week ending 21 September, but remains 21p/kg higher on the year. Market throughputs were down 30%.

At abattoirs deadweight prices dropped 2p/kg to 406.3p/kg for the week ending 17 September.