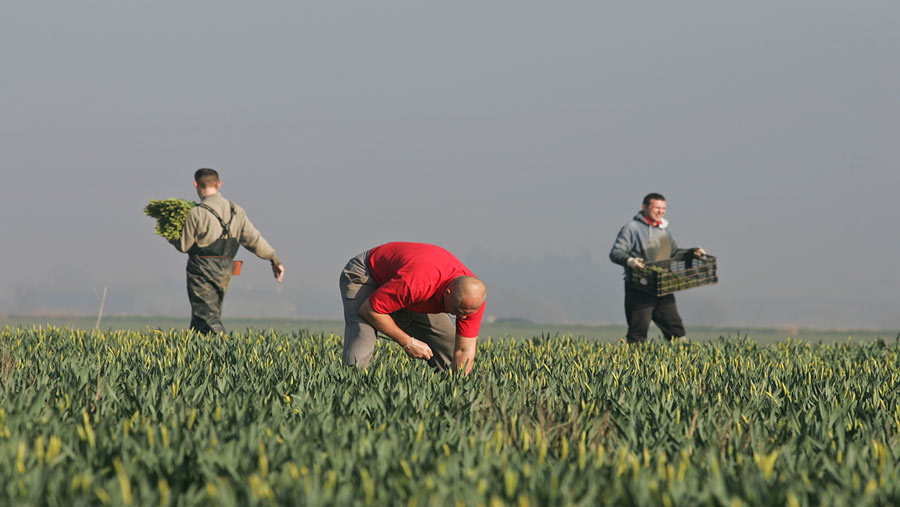 A Twitter row has erupted after a Conservative MP suggested Ukrainian refugees fleeing Russian bombs could apply to pick crops on British farms.

Kevin Foster, Torbay MP and minister for safe migration under Priti Patel at the Home Office, said there were “a number of routes” for Ukrainians fleeing the war.

He added they could apply for jobs to pick fruit and veg crops if they want to come to the UK, in a tweet which has since been deleted.

Luke Pollard, Labour MP for Plymouth, Sutton and Devonport and shadow armed forces minister, had spoken out on Twitter, urging the government to allow a route for Ukrainian people “who might not have a family link in the UK”.

Mr Pollard asked Mr Foster: “We have a moral obligation to help them. Will you now change policy to do exactly that?”

In the now-deleted tweet, Mr Pollard said: “Hi Luke, as you will be aware, there are a number of routes, not least our seasonal workers scheme you will recall from your shadow Defra days, which Ukrainians can qualify for, alongside the family route for those with relatives here.”

Mr Foster later replied: “Hi Luke. It’s just one of several routes and we will do more as the PM has made clear.”

Scotland’s first minister Nicola Sturgeon wrote: “I hope we get clarity asap @pritipatel that this is not @ukhomeoffice position.

“Migrant seasonal workers make a valued contribution to our economy – but this is not the route to the UK that we should expect those seeking refuge from war to rely on. #StandWithUkraine.”

Shadow home secretary Yvette Cooper commented on Mr Foster’s initial tweet: “My God. People are fleeing war in Europe, in a way we haven’t seen in generations, in search of swift sanctuary.

“Yet the immigration minister says the answer is they should put in an application to pick Britain’s fruit and veg.”

Ms Cooper later tweeted that she had written to home secretary Priti Patel asking her to explain why the Home Office is restricting Ukrainians to current visas with high hurdles and delays.

But Ms Patel dismissed Labour’s accusations that visa restrictions had not been eased. She tweeted: “Appalling misinformation at a time of international crisis. This is simply untrue.”

Appalling misinformation at a time of international crisis.

This is simply untrue.

The Home Office also tweeted: “The UK has multiple official routes available for Ukrainians who are not dependants of British nationals.”