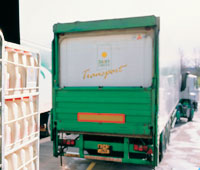 Farmers on Dairy Crest’s milk&more contract are to get a bonus payment of 1p/litre for the next six months in recognition of an “unprecedented rise” in farm costs.

The extra money will be paid from this month until September 2011, after which time the situation will be reviewed again.

Just a few weeks ago Dairy Crest met some criticism after it increased its milk&more farmgate price by 0.46p/litre, yet raised its doorstep consumer price for the same milk by 3p/pint or 3p/500ml, citing increased raw milk costs as one of the reasons.

DC milk procurement director Mark Taylor said the firm was committed to supporting its suppliers while maintaining the integrity of the contract, but would review the experience with its suppler group Dairy Crest Direct to see how the stable price model could be developed.

“Dairy Crest’s milk&more contract has been widely applauded as a success and has worked well in the first year. However, the suppliers on this contract are now incurring substantially higher costs and, although the terms of the contract do not require us to pay a higher price, we believe it is right to pay this bonus, over and above the 0.46p/litre increase already delivered by the contract.”

“However, against the unprecedented on-farm cost inflation in recent months, we have worked with Dairy Crest to secure additional support, culminating in the introduction of this extremely welcome discretionary bonus. We will continue to discuss new contract opportunities for our members with Dairy Crest.”