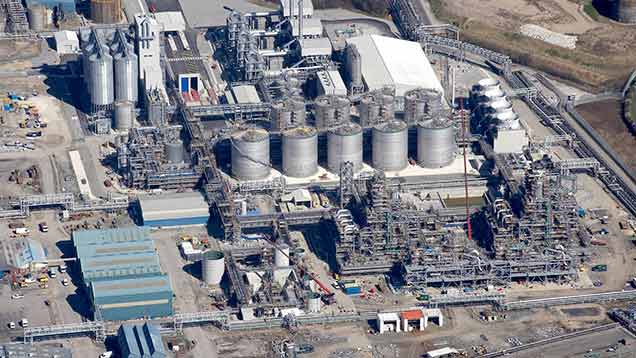 BP has pulled out of Vivergo Fuels, the UK’s only operational wheat-based bioethanol plant.

The fuel giant’s 47% stake in the Hull-based plant has been sold to Associated British Foods, making ABF the majority shareholder with 94%. The remaining 6% is owned by Dupont, the third of the three original investors.

BP said in a statement that exiting Vivergo Fuels was one of a number of tough strategic choices it had to make as a result of the current challenging external business environment.

“There have been lots of changes in the markets and economic environment over the nine years in which BP has been involved in setting up, building and running Vivergo,” said the statement.

“This decision will allow the biofuels business to focus on sugar cane for ethanol production in Brazil and Butamax™ Advanced Biofuels, its biobutanol joint venture with DuPont.”

Its sugar division chief executive Mark Carr said he believed Vivergo Fuels had an attractive medium-term outlook, as EU member states developed their trajectories for renewable fuels inclusion in transport fuels to meet their obligation of 10% by 2020.

On 3 February this year, ABF wrote down the value of its stake in Vivergo Fuels by £98m, as a result of the continuing fall in crude oil and bioethanol prices and the further weakening of the euro against sterling.

ABF also produces bioethanol at its Wissington refinery in Norfolk, using 650,000t of sugar beet to produce about 70m litres of fuel a year.

The Vivergo plant is running at full capacity, producing enough bioethanol to meet about half of the UK’s current demand and producing up to 500,000t of animal feed co-product annually. It uses up to 1.1m tonnes of feed wheat a year.

Vivergo was formed in 2007, achieved its designed daily production capacity in 2014 and directly employs more than 100 people.