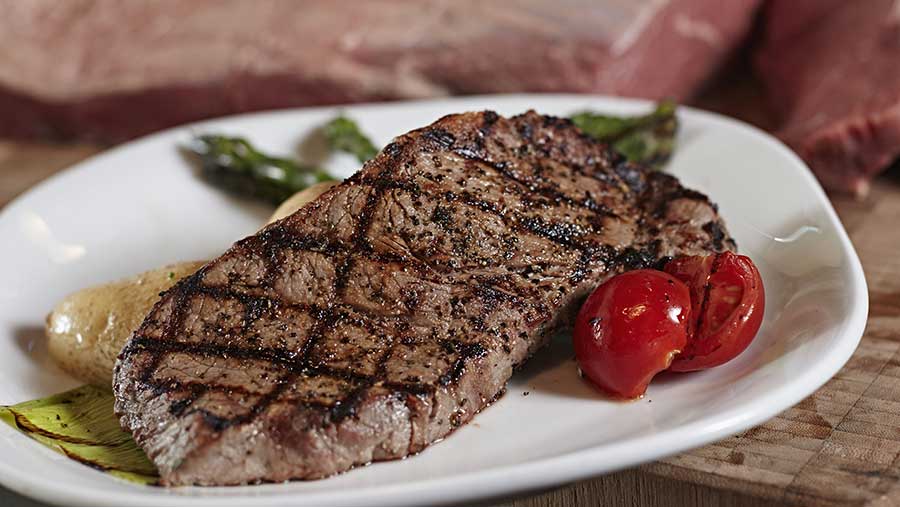 The British beef and lamb industries face multiple challenges if they are to keep up with changing consumer habits and increase meat sales.

In an outlook for the industry, AHDB’s market development director, Nick Allen, said consumer economic confidence was starting to come back but the retailers’ focus on everyday low prices looked set to continue.

In this market context, better prices for producers would come as part of a long-term strategy to increase retail prices by building consumer demand and adding value to products, said Mr Allen.

“Our challenge is making beef and lamb fit the modern lifestyle,” he said.

The British beef and lamb industries needed to provide affordable, convenient products to fit into the lives of modern consumers who were increasing time-short and likely to go for one-pot dishes rather than meat and two veg meals.

AHDB Beef and Lamb revealed details of its new promotional activity this week at its annual conference.

Activities will include teaming up with prolific British YouTube video makers who have millions of young followers and broadcasting TV ads between hit shows like X Factor, Gogglebox and Coronation Street.

A key part of its 2015 promotional activity will be pushing lamb and beef mid-week “mini roasts” – to push red meat as a convenient and affordable treat.

But several sheep producers at the conference accused the levy board of not doing enough this spring to push British lamb.

Peter Kendall, chair of AHDB, defended the levy board’s long-term strategy to improve meat demand. He said: “We deceive people if we say there is a quick fix to exchange rates and changing consumer habits – we’re not about jumping from one thing to another.”

Beef sales fell 10% in volume between 2011 and 2015, but increased 14% in value, while lamb consumption nudged up 2% in volume and 5% in value, according to retail analysts Kantar Worldpanel.