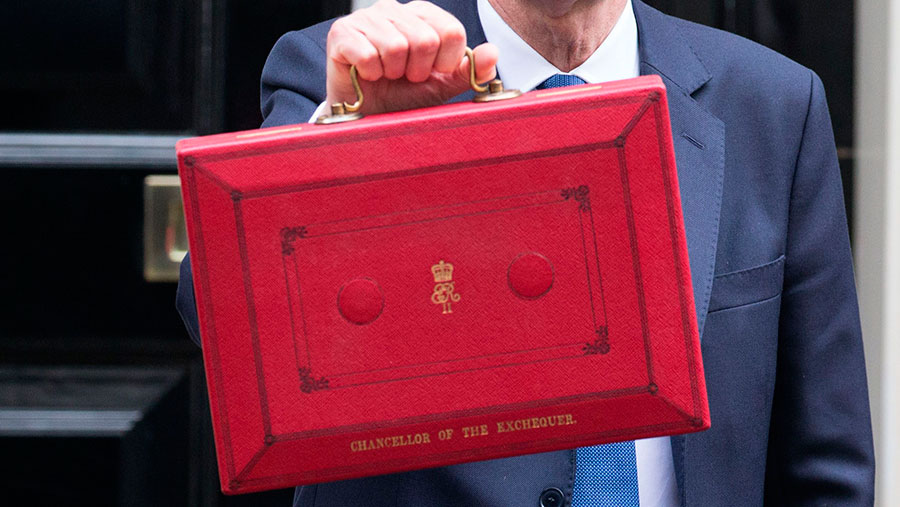 Higher self-employed national insurance rates, lower tax-free dividends for those trading as companies and tweaks to business rates were among the Budget measures affecting farming businesses.

In a move to reduce the difference in national insurance contributions (NICs) paid by employees and self-employed, Class 4 NICs will rise by 1 percentage point in April 2018 to 10%, with a further increase in April 2019 to 11%.

“This is a new announcement, although not as bad as expected,” said Lisa Oliver, tax manager at accountants Hazlewoods.

“As a large proportion of farming businesses trade as partnerships or sole traders, this will mean an increase in the NI paid by basic rate taxpayers.”

The cost is estimated at 60p/week for self-employed basic rate taxpayers earning more than £16,250.

About 85% of farming businesses are sole traders or partnerships. Those trading under a company structure will be hit by a reduction in the tax-free amount they are allowed to receive as dividends from April 2017.

“This is an attempt to deter businesses from incorporating to gain a tax advantage,” said Victoria Paley, manager at accountants Old Mill.

“Phillip Hammond wants to level the playing field between employees, self-employed and companies and we therefore expect there to be more significant changes in the future.”

The chancellor also announced consultation on a fairer business rates system, with more frequent reviews and a change which will ensure that no business losing small business rate relief will see their bill increase next year by more than £50/month.

There is also to be a £300m fund for local councils to offer discretionary relief for hard-hit cases.

A concession was made in the government’s drive for online reporting of tax, which from April 2018 was planned to require all those with a turnover of more than £10,000 to report income and expenditure quarterly.

This is being delayed for one year for businesses with a turnover below the £83,000 VAT registration threshold.

“Unincorporated businesses, including partnerships with a turnover in excess of £83,000, will be required to start using the new Making Tax Digital (MTD) service from April 2018,” said Carlton Collister of accountants Landltax.

“This is still a low turnover figure and has already been criticised for being too low by many respondents to HMRC’s consultation, but remains subject to any amendment as the Finance Bill is debated and made law, usually in early July.

The CLA pointed out that, as announced in the autumn statement of 2016, the government will publish a consultation paper with proposals to bring the tax treatment of employer-provided living accommodation and board and lodgings up to date.

This will include proposals for when accommodation should be exempt from tax and support taxpayers during any transition.

This may have an effect on accommodation provided to farmworkers, and a consultation document will be published on 20 March 2017.