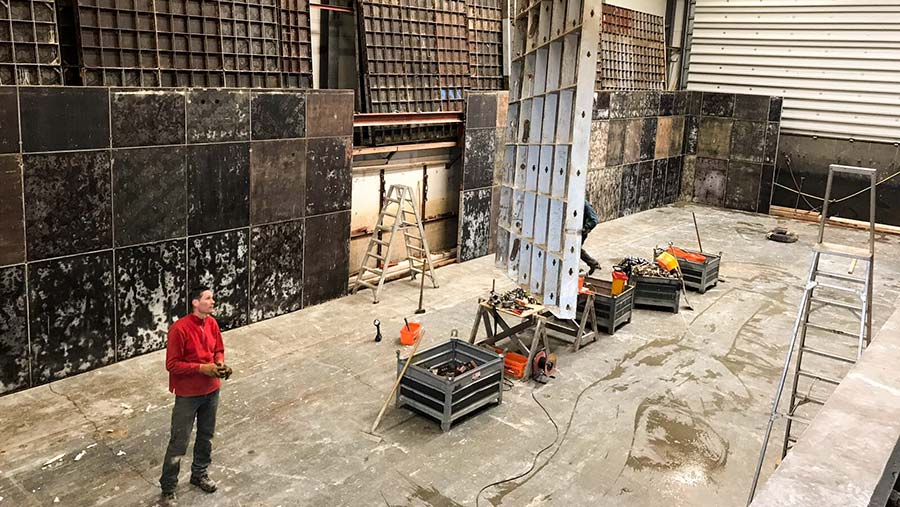 Construction work has started on the world’s first floating dairy farm, which will be based at a port in Rotterdam and will house 40 milking cows.

Plans for the farm were first unveiled two years ago, with its backers claiming that it will be a welfare and environmentally-friendly form of ‘smart and local’ farming.

Three concrete floats that will form the foundations of the farm are being built in dry-dock and are expected to be shipped into their final position in May.

The first cattle are expected to take up residence later in the year.

“After all the preparations, this is an unprecedented milestone for everyone who has worked to get this project up and running,” said Peter van Wingerden, project initiator on behalf of property developer Beladon.

“Building on water always brings additional challenges with it, although it offers us the opportunity to restore food production to the inner city at the same time.

“We believe that building on water is the way ahead in a country with a changing climate and ever-increasing urbanisation.

“Floating Farm is the perfect scaleable solution for cities such as Rotterdam, with a lot of space on the water. In addition, we see huge opportunities for this prototype all over the world.

“We will be building with all due speed in the months ahead, so that we can welcome our first cattle later this year.” 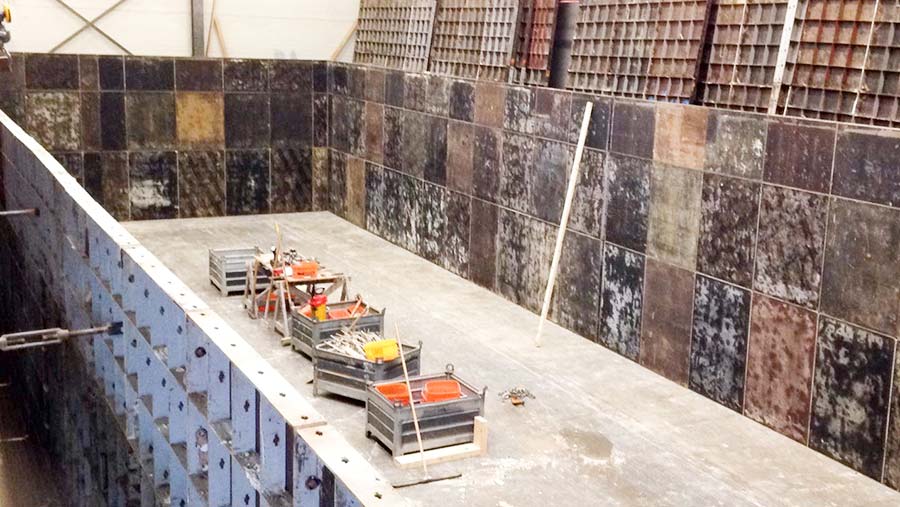 The plans for the farm have not been without controversy, with some city council members seeking to block the development until they had been reassured that the animals would not suffer from sea sickness.

Two dairy farmers have already been recruited to run the business, which will also have a strong educational element.

Montbéliarde cows will be used and will be milked by robot.

The animals’ diet will predominately be fresh grass, which will be grown on the farm using special LED lights.

The animals will live in a 1,200sq m “cow garden” on the top level of the floating structure.

They will also have access to an adjacent 1ha “paddock” on the dockside, so they can choose to graze either on the floating farm or on the mainland.

Waste from the animals will be separated out into urine and solids by a special membrane floor and then will be used either as a fertiliser or to generate energy.

Carel de Vries, project initiator on behalf of the Courage innovation organisation, said the farm could become an enormous asset to the Dutch agricultural sector.

“The latest technology will be tested on the floating farm, with the aim of drastically reducing environmental impact.

“We are developing opportunities that will benefit the entire dairy farming sector throughout the country in the fields of animal welfare, manure processing and circularity.”