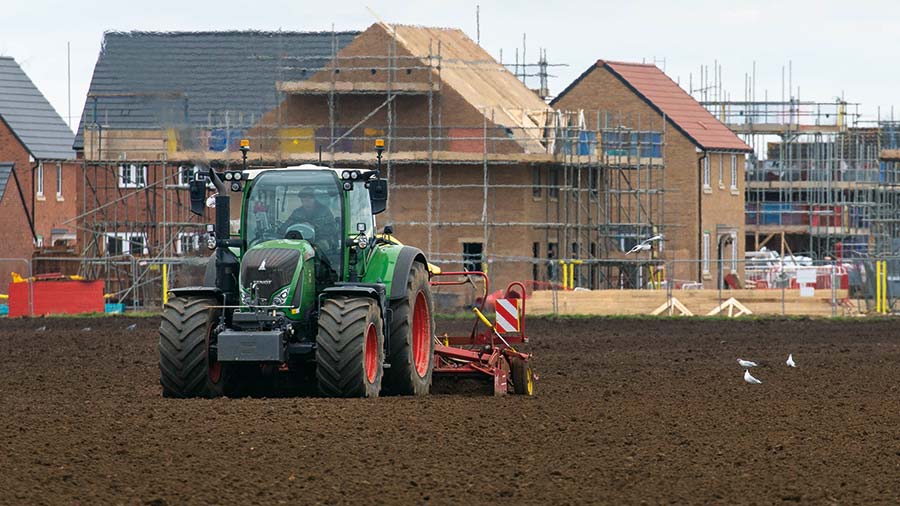 Warnings have been sounded recently about tying up farmland in long-term agreements. There is a lot to consider as new markets for land use develop.

There are many reasons why farmers should be very careful in the early days of these emerging markets for environmental benefits and services, says George Paton of Wiltshire adviser WebbPaton.

“The more we look at this, the more complex it becomes, we need to watch these markets very carefully,” he says. “Some of the early offerings may start to look very cheap as the markets develop.”

Approaches are being made not only by developers who must meet biodiversity targets but also by hedge fund-backed companies entering the rural land use market.

They seek to sign up large acreages in order to then offer agreements or environmental services on that land to third parties.

Mr Paton advises farmers and landowners not to move too early and to consider the following:

Farmers may need their carbon or biodiversity offsetting land for their own purposes, either as part of their own production credentials or because they want to undertake developments themselves.

Also, the environmental demands produce buyers make on farmer suppliers may grow in future. New and more demanding standards may be introduced by government.

“If you have traded away your surplus carbon credits, you will face having to buy in credits,” says Mr Paton.

“Buyers such as milk processors, for example, could place increasing obligations on their farmers as those processors seek to offset their own transport and factory energy use, to the extent that it may become a condition of keeping their contract.”

Biodiversity net gain (BNG) land will be tied up in 30-year agreements by developers needing to fulfil their BNG obligations under the Environment Act, which was passed last year (see panel).

Before signing up, think about any development potential that will be affected or removed by such an agreement, for example, a solar farm, a farm diversification project or residential development, advises Mr Paton.

An agreement with an outside body could rule out such development, and offsetting will, in turn, be needed for any of the farm’s own development needing planning permission.

What are you signing up to?

Anyone tempted to consider offering land to a BNG or other long-term agreement should check the terms very carefully, says Mr Paton.

“We expect there will be the ability to ‘stack’ different obligations on the same land, so it’s important for landowners and occupiers to realise there could be potential for more than one income strand from an area,” he says.

“Some of those looking for BNG or other environmental offsetting uses will seek in the same agreement to take rights to use the same land for other potentially lucrative emerging markets such as carbon trading, phosphate or nitrogen water quality mitigation (also known as nutrient neutrality).”

Water quality mitigation is increasingly becoming a planning requirement both for farm projects and development generally.

It is more of an issue in some areas than in others, and means that those with development plans will need offsetting land in the same way that developers will be looking for BNG land, including the requirement that it should be local to the development.

He also warns that developers in some cases seek to give the impression that they are interested in buying land for housing, but the actual offer may cover other uses such as carbon offsetting or BNG, with talk of housing simply being a means of getting a landowner’s interest.

Landowners and occupiers need to consider the potential cost to them of failing to meet obligations under long-term alternative land use agreements. Agreements will require them to indemnify a builder or carbon unit purchaser against this possibility.

“Landowners and occupiers need to be sure they can meet the obligations they will be taking on,” says Mr Paton.

“The financial consequences of failing to meet the obligations imposed by trading environmental assets are huge, especially in the case of large housing developments.

“If the developer suffers financial damage, such as a housebuilding project not going ahead because the BNG land is not as it should be, they will look to the agreement holder to make good that loss.”

Given the potential financial rewards in housing development in particular, Mr Paton argues that the BNG risk should be shared more equally between the parties to the agreement.

He advises tenants on older Agricultural Holdings Act (AHA) agreements and farm business tenancies not to give up their carbon credits or other environmental assets or areas to their landlords.

“We have already seen landlords interested in chatting up tenants to go into this market with the view that the landlords will be seeking any financial gains.

“Some have sought to get tenants into groups, ostensibly to help them on these issues, presumably with the intention of being able to offer a greater area of land for agreements,” says Mr Paton.

“In our view these new environmental assets belong to the tenants in most circumstances.”

BNG and other mitigation values are likely to vary widely between local planning authority areas.

The same is likely to apply in phosphate and nitrogen markets.

In terms of the development of potential land uses, a lot can happen in 30 years, says Mr Paton.

“Thirty years ago, we would not have envisaged so much farmland would be down to solar, who knows what new uses may develop in the next 30 years?”

As a result, he advises that landowners tempted by agreements should insist that these include clauses to give them flexibility, for example a “lift and shift” clause in BNG agreements so that the obligation can be moved to other land if necessary.

It is also advisable to site any agreements on land where a change of use is least likely and to leave access corridors around land that is subject to agreements.

This will prevent areas beyond being automatically cut off from future development because the agreement extends right to the field boundary.

Such flexibility may be needed, for example, to provide access to minerals under fields beyond the agreement land, or to a site that might be developed in future for a new grain store, farmstead or diversification project.

The Environment Act was given Royal Assent last year and obliges developers to increase the biodiversity of their sites by at least 10%.

In many cases this cannot be done on site, or can only be done by reducing the number of housing units, for example.

As a result, developers will be looking to contract with landowners and occupiers in order to help them fulfil this obligation, which should be on adjoining land.

Where this cannot be achieved on adjoining land, the requirement rises to 15% or higher, depending on the distance between the site and the BNG land.

Where the BNG land is outside the original local planning authority area, the BNG increase required can be as high as 30%.