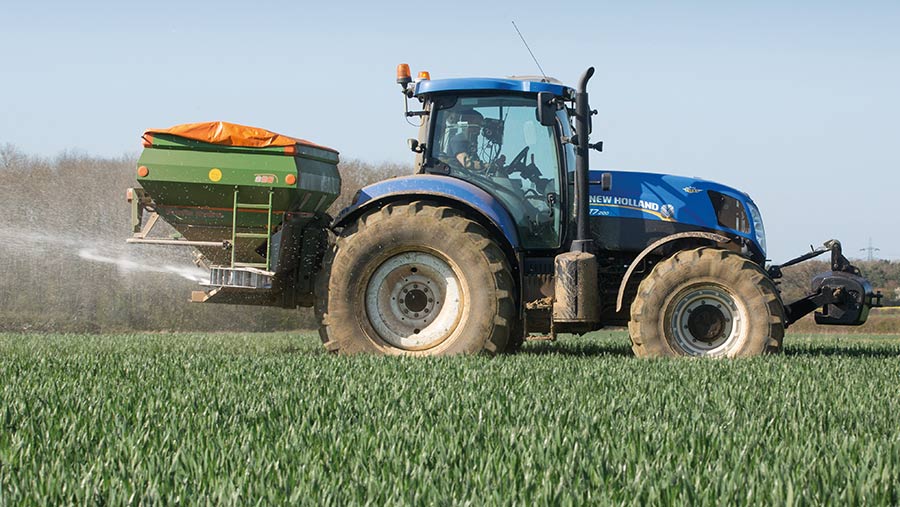 Inflationary pressure, changes to agricultural policy and the impacts of climate change make it increasingly important for farm businesses to focus on resilience.

Resilience relates to the ability of a farm business to cope with external and internal shocks and adapt accordingly.

This can involve adapting management practices, improving the use of resources and generating new income streams.

It can also mean getting involved with the supply chain. Successful collaboration can create more sustainable and profitable results for everyone involved, says Duncan Rawson, of agri-food consultancy EFFP.

See also: How natural capital is thriving at pioneering farm

Food giant Kellogg’s, for example, has developed a number of projects under its Origins programme to help farmers overcome the challenges faced by the supply chain – from climate change and biodiversity loss to reversing falling incomes.

“These are big issues which have been made even more challenging by recent world events,” says Mr Rawson.

“There’s now greater urgency to deal with them and find a route to a more sustainable future.”

What is the Origins initiative?

The Kellogg’s Origins programme works with farmers around the world to support their transition to more sustainable or regenerative practices.

The programme was launched in 2014, with the aims of increasing productivity, enhancing environmental outcomes and having a positive impact on farmer livelihoods.

Today, there are more than 40 Origins projects taking place around the world.

In the UK, it takes the shape of a collaborative group of 18 farmers.

The group has been given access to agricultural experts, on-farm trials, research and visits, so that they have the means to improve both economic and environmental performance.

This includes a guide to the benefits of creating farmland habitats, including integrated pest management.

Called Natured Based Solutions, the booklet can be downloaded at allertontrust.org.uk/resources.

A key project for the Kellogg’s Origins programme is examining ways growers can improve their nitrogen use efficiency (NUE).

“Fertiliser is one of the largest variable costs on most farms and the financial and environmental benefits of improving NUE have been apparent for a while,” says Mr Rawson.

During 2020 and 2021, data specialist Map of Ag undertook field trials with growers in the Kellogg’s Origins group.

The aim was to understand the levels of NUE being achieved and the effect they had on greenhouse gas (GHG) emissions.

UK arable farms typically have a NUE of 64%, which means 36% of the nitrogen applied can’t be accounted for, says Clive Blacker of farm input specialist Agrivation.

Although better than the global NUE of about 40%, there is still room for improvement.

“We wanted to look at how farms could get more of that nitrogen into their crops,” says Mr Blacker.

“We started by benchmarking the group to find out where they were.”

Results revealed a wide range of values when it came to NUE – from 45% right up to 118% – with both extremes causing concern.

Lost nitrogen has a financial and environmental cost, while at levels above 100% there are issues with losing carbon from the soil.

“Where you are taking nitrogen out of the soil and removing it in the crop, there’s a danger you will degrade soils.”

Why is nitrogen efficiency important?

As well as nitrogen trebling in price since the Ukraine invasion, artificial fertiliser is an important environmental issue.

In wheat, nitrogen fertiliser accounts for 70-80% of its greenhouse gas emissions.

Most of these emissions come from the application of nitrogen fertilisers and the doses are often in excess of the crop’s need.

This causes the emission of nitrous oxide – a gas with a global warming potential far higher (273 times) than carbon dioxide.

The production of nitrogen fertilisers, which is very energy intensive, is another source of pollution.

Reducing waste through better use of fertiliser will help to minimise the impacts of fertiliser use and meet climate targets, including net-zero commitments.

Having established a baseline, the next stage was to help growers make better nitrogen application decisions by using the plant as a sensor.

“The aim of this was to capture the relevant data in-season and match the supply of nitrogen to the crop requirement,” says Mr Blacker.

Results showed a narrowing in the NUE range to 72%-101%, supporting the use of in-season monitoring.

Average nitrogen applications fell from 212kg/ha to 171kg/ha as a result, with a corresponding yield reduction of 0.14t/ha.

At current nitrogen prices, this saved £93/ha in fertiliser, but reduced revenue by £42/t, resulting in a net cost benefit of £51/ha.

On just four of farms with 62ha in trials, there was an average 1% improvement in NUE.

The minimum NUE was raised to 74%, saving the equivalent of 5.4 tonnes of fertiliser applications and reducing carbon emissions by more than 13t.

To give this figure some context, if these savings were scaled up over a 1,000ha area, this would represent a saving of 42.6t of nitrogen with a financial benefit of more than £78,000 and an emissions reduction of 199t carbon dioxide equivalent (CO2e).

Other lessons from the work confirmed that nitrogen use becomes slowed and restricted in low temperatures.

This is why uptake by the crop is delayed during cold, dry springs – a weather feature of the past two years, says Mr Blacker.

“It’s taking 22 days for the nitrogen to get into the plant in these cold conditions. Soil temperatures have to be above 10C for it to work well.”

The third part of the work has been to understand more about the GHG emissions associated with fertiliser use.

Where nitrogen use had come down in the group, there was a saving of 13.64t of GHG as measured in CO2e says Hugh Martineau, head of sustainability at Map of Ag.

“We’ve also looked at the impact of organic matter [OM] on NUE, which shows that if you build OM over time, you can reduce nitrogen applications without affecting yields.”

In other words, there’s a yield benefit from the additive effect of organic matter.

The trial work is set to continue. Other measurements, such as soil nitrogen and carbon stock will be taken, to see how they can help inform fertiliser application decisions.

“We also know that due to its price increase less nitrogen has been used in the current growing season,” says Mr Martineau.

“It will be interesting to see what effect that has had on yields and emissions.”

What else has been done?

Work done with the support of Kellogg’s Origins by the Game and Conservation Wildlife Trust on habitat management should help farmers with the goal of insecticide-free farming, believes Duncan Rawson.

It showed that building up a diverse range and abundance of natural enemies is essential for getting biological control to work, which is why a diversity of plants and farm habitats is required.

The aim is to deliver the right natural enemies, at the right time and in the right place, so they are present before any substantial growth in pests.

In addition, work exploring the use of drones to support agronomic decisions has been trialled with Drone Ag.

A detailed analysis of one Origins farm was undertaken to compare different carbon assessment tools and to assess the challenges facing farmers in terms of generating a realistic and measurable carbon audit of their farm.