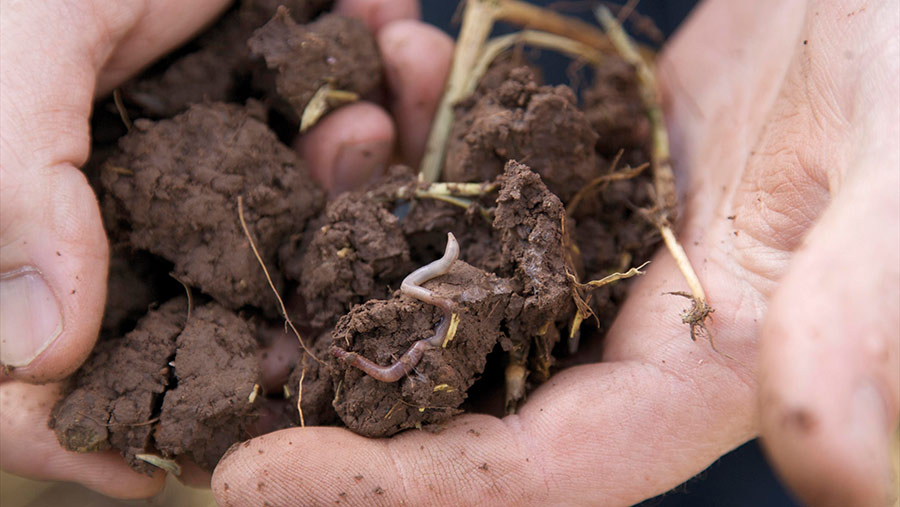 Growing recognition that farmers have an important role in combating climate change is shining the spotlight on carbon management.

Carbon is an important subject for farmers to understand for two main reasons.

The first is that farms are a store of carbon, thanks to historical land management practices and factors such as geology and weather patterns.

The second reason is that all farms offer an opportunity to increase carbon stocks.

This benefits the farm business and will help to improve crop performance and resilience.

“The challenge with any carbon store is to make sure that the carbon stays there – if it goes, you are losing a key asset and compounding the climate change issue,” says Becky Willson, project officer for the Farm Carbon Toolkit.

“There’s also a wider role with carbon for farmers to deliver climate solutions. They can help agriculture to reach net zero and also give a helping hand to other industries through offsetting.”

For that reason, practices that increase soil carbon should be of interest to all farmers and land managers.

Where is carbon stored?

To put this into context, the amount of carbon often found in a farm’s fields is equivalent to 60 years of the annual carbon footprint of the business, says Ms Willson.

Soil organic matter – a metric that most farmers are familiar with – is about 60% carbon, so practices that improve soil health can also have a carbon benefit.

“The two are intrinsically linked. As you build soil carbon and improve soil health and structure, you see a rise in crop productivity and the overall resilience of the farm.”

Woody biomass, both above and below ground, is the other main store of carbon on farms. That includes woodlands and hedges, as well as some environmental habitats such as scrub.

Often overlooked, hedges are a key feature for carbon storage. Managing them can have just as important an impact as planting new ones, with their roots also helping to enhance fungal populations.

“Where hedges are already established, aim to cut them less frequently – perhaps every second or third year – to maximise carbon storage,” advises Ms Willson. “That will also help with biodiversity.”

“They help to reduce soil loss and prevent erosion, link up habitats and provide shelter. Meanwhile, the underground network of their roots helps to keep soil biology functioning well.”

Habitats and environmental features also store carbon and have a value for the farm.

Stewardship options, buffers and wetlands all make a contribution, with waterlogged areas having less microbial activity and slowing carbon release.

“It’s important to remember that the environmental areas found around most farms also have a carbon value, and should be included in any calculations.”

How to measure carbon

There are two main ways to measure the carbon stored on your farm – whether it’s in the soil or found in woody biomass.

There are default values for woodlands and hedges used in the main carbon footprint calculator tools. Users can specify the age, species and density of the trees, as well as the area, to get an accurate value.

“The most carbon sequestration occurs when the trees are between 15 and 45 years old,” says Ms Willson. “But ancient woodland is really important for carbon storage, so also has default values in a carbon calculator.”

For soil carbon measurements, a laboratory analysis is required. Once it’s been done, farmers have a baseline to work from and can target fields for improvement.

“There is some debate about which is the best method for measuring soil organic matter. We do need to get a universal analysis methodology.”

Until that happens, consistency is important. “Whichever method you use, stick to it. Sample at the same time of year, to the same depth. Doing a basic soil organic matter test is a good place to start.”

An active carbon test might be appropriate as management practices are changed, as it shows any improvement in the microbial biomass. However, it’s not the right place to start if testing hasn’t been done before.

Keeping soil covered and protected is essential for preserving its carbon content and preventing losses, so farmers should aim to avoid having bare soil wherever possible.

“That applies to livestock farms too,” says Ms Willson. “Poached land is not desirable either.”

Soil disturbance releases carbon through oxidisation, with deep disturbance being worse, she adds. “There’s trend to less disturbance and non-inversion cultivation methods, which is great. No-till is even better for carbon.”

Cutting hedges less frequently and managing woodlands can also make a difference, as there’s often more that can be done for sequestration, she notes. 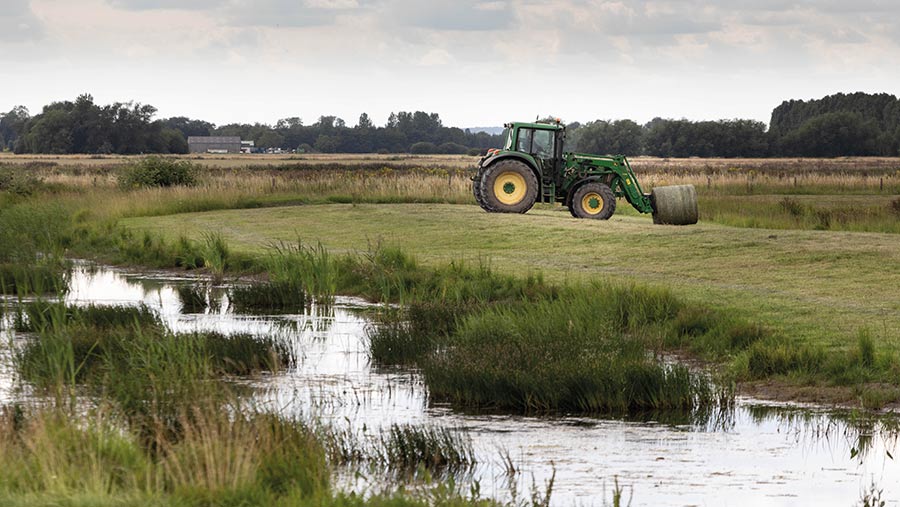 Understanding what you’ve got on the farm is the best way to fully assess the carbon sequestration and storage possibilities.

“Remember that soil is a complex living thing and there will be variables. What you need to be happy with is the right direction of travel.”

A good starting point is to get a spade out and have a look at your soil – checking it for structure, root development and worm numbers.

“Having a healthy soil is a fundamental requirement. Once it’s in good shape, you get higher yields from lower inputs, reduced costs and more resilience.”

What about carbon schemes?

There’s a great deal of interest in soil carbon schemes which reward farmers for storing carbon, and it’s a fast-moving marketplace.

While recognising that there may be opportunity for farmers who increase carbon sequestration, experts say care is needed before signing up.

Farmers should go into these schemes with their eyes wide open, says agricultural lawyer Julie Robinson, partner with Roythornes Solicitors.

Before signing up, farmers should understand their current position and be clear about whether the carbon within their soil is theirs to sell.

Some fledgling schemes are scheduled to operate over a number of years, potentially restricting farming practices for the duration of any agreement.

“As always, it is a case of buyer beware – and do read the small print,” says Ms Robinson.

Farmers should fully investigate the credentials of any organisation that wants to pay them for carbon offsets. Sam Smith, general manager at the Farm Carbon Toolkit, offers the following advice.

In a carbon offset, the sequestered carbon on offer is taken off the farm balance sheet, so that it can appear on the buyer’s balance sheet.

This means that the buyer has an exclusive claim to the carbon removals made by the farm. In this situation, the farm is unlikely to be able to make any claims about its produce being low carbon.

Offsets should be considered by their approach to:

Any organisation seeking to offset should prioritise cutting their own emissions and buyers should disclose their current emissions, accounting practices, reduction strategies and targets to reach net zero.

Farmers wishing to maintain their reputation should be entitled to have a say in who is buying the carbon offset.