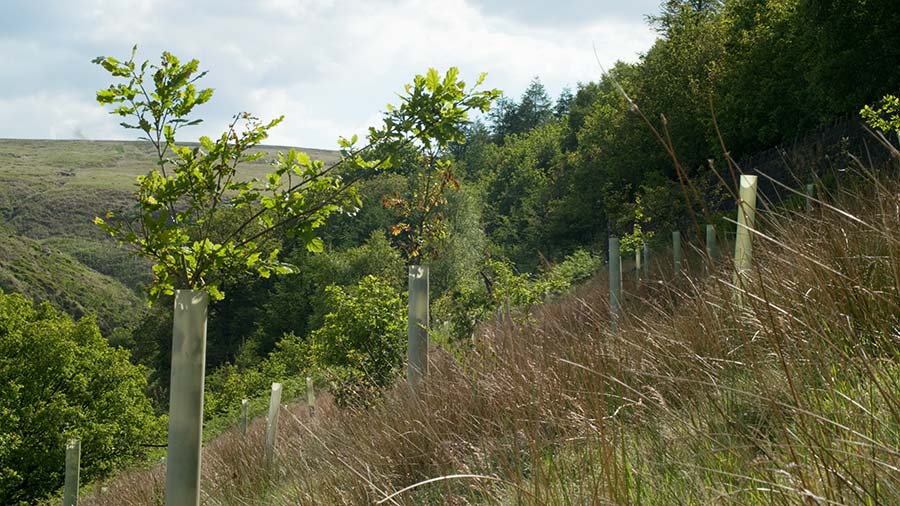 With significant consumer pressure on retailers to demonstrate the environmental credentials of the food and drink on their shelves, supermarkets are requiring more from their farmers – including reducing emissions.

So farmers should start assessing carbon footprint of their enterprise sooner rather than later.

But questions abound. Where do you begin, and which are the best tools to use? What opportunities are there for financial gain, and who will be best placed to take advantage of them?

A panel of industry experts at Farmers Weekly’s recent Road to net zero webinar addressed these and other questions from the audience.

Here are a selection of the questions and answers:

Should farmers be prioritising offsetting carbon for other industries or offsetting for agriculture?

Agriculture should look to provide offsets for itself before exploring opportunities in other sectors that are also looking to offset, according to AHDB’s head of environment, Jonathan Foot.

“At the moment, the market lacks maturity in the UK and there are only a few schemes that enable assured measurements of offsets – the Peatlands Code and the Woodland Code – and the prices being offered are far too low,” he said.

“Sit and wait and see how the market develops, and maybe use them for yourself because they may have far more value to you in terms of how you can talk to the supply chain above you,” he advised.

When would be a good time to make commitments in the carbon market – should we wait until the UK Farm Soil Carbon Code has been signed off by government?

Markets are emerging, and if it’s possible for you to enter them but not necessarily trade in them, then it’s worth considering now, said Oxbury Bank chief customer officer Tim Coates, whose Cotswolds farm has been through a woodland project.

“I’m now the proud possessor of Pending Issuance Units against the Woodland Carbon Code,” he said. “I have not sold them – I don’t intend to do so – but I don’t necessarily intend never to do so.

“This is this is going to become a data game as much as anything else and that’s going to lead not just into carbon but any other form of ecosystem service – biodiversity net gain, water quality, food provenance – so data is actually the big project for me this year, and then how I will enter these markets.”

Who owns the carbon in farmed tenanted land – the landlord or the tenant?

“It will depend on what your tenancy says – and if it doesn’t say anything about it then it will depend on the negotiation between landlord and tenant,” said Hutchinson services leader Matt Ward.

Most current tenancies will predate the whole carbon concept, so assess the options on your farm, then have that conversation with your landlord, advised AHDB’s Mr Foot.

Is there a commercial benefit to be had from anaerobic digestion from animal waste as much as an environmental one?

If you have livestock, it is going to be very difficult to achieve net zero without adding as much value as you can to your waste.

If you’re producing slurry, it’s a bit of a no-brainer to run it through an AD system, get methane from it and then apply the digestate back to your land to offset fertiliser requirements,” said Harper Adams soil ecologist Simon Jeffery.

Which grasses, herbs or legumes produce less methane in ruminants? Or is there a more natural way to do the job, such as seaweed?

Look at the chemistry of forages, advised KW Alternative Feed’s Michael Marsden. “It’s about the digestibility of the fibre fraction,” he said.

“So if you are making very leafy forage that is highly digestible you’re not going to get the sort of fermentation that leads to methane production.

“The more fibrous, the more hydrogen you produce in the system, and the ruminants just convert it to methane. So less fibre, lower methane – irrespective of the forage type.”

Which sector – or part of the country – stands to gain the most from carbon credits or biodiversity net gain?

The starting point is going to be an interesting part of the debate as the market matures, said Lincolnshire farmer and Terravesta chairman William Cracroft-Eley.

“Arguably the one with the gain will be the one that starts from the lowest base level and, therefore, has the highest opportunities – which may well be the intensive cereal farmer.”

Morrisons’ head of agriculture, fisheries and sustainable sourcing, Sophie Throup, added that everyone has the potential to be a winner on some level:  “Without doubt, every single farm has the opportunity to lower emissions and then think about increasing sequestration and creating that net-carbon balance.”

It’s not just about payment for gain, pointed out Mr Coates: “I think there will be payments, both public and private, that will be made for maintenance.

“There are existing schemes – the Farming in Protected Landscapes is in that sort of space.”

Our five Transition Summit webinars examine how farmers can adapt to some of the biggest changes that the sector has seen for more than 50 years, including the loss of the Basic Payment Scheme.

You can watch on demand now, and register for future sessions.