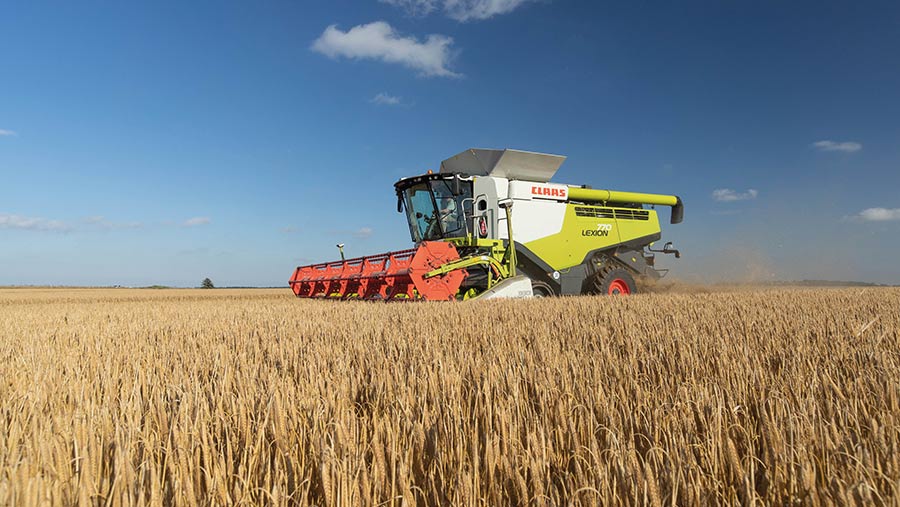 Farmers have generally enjoyed a better 2021 than many had anticipated, though market conditions and government policy continue to weigh heavily on producers’ minds, according to the latest Farmers Weekly Sentiment Survey.

Conducted in November each year, the survey seeks to “take the pulse” of the industry, assessing farmers’ experiences over the past 12 months, and gauging their hopes and fears for the year to come.

See also: What did the Sentiment Survey tell us in 2020?

In total, more than 540 owner-occupiers, tenants, farm managers and farmworkers took part in this year’s survey, covering the length and breadth of the country, and representing all the major farm types.

The results indicate a significant change of fortunes compared with 2020, when farming was suffering from the effects of the Covid-19 pandemic.

While positive for some in terms of demand for local food, the pandemic took a particular toll on farms with diversifications – about 68% of farm businesses, according to government figures – which suffered from the various lockdowns.

More significantly for most, however, was the inclement weather of 2020, with a warm, wet winter, followed by a hot, dry spring, and then a wet and windy summer.

Both forage and cereal crops paid the price, with wheat yields down 20%.

For 2021, the weather gods have been kinder – well, a bit – so when asked what the greatest challenge has been this year, 25% taking part in our survey said “extreme weather” – less than half the proportion who cited this as the biggest problem in 2020.

The better weather shone through in the question about “How has 2021 been for your farming business?”, with 38% saying it had been a “great” or “good” year, compared with 27% who gave that answer last year.

Conversely, the proportion who described 2021 as a “bad” or “terrible year” more than halved to just 14%, while the majority (47%) considered it to have been “so-so” (similar to last year).

This turn for the better is perhaps not surprising, given the surge in prices for most commodity groups in 2021, combined with a recovery in crop yields.

Just checking the Markets at a Glance table on p3 of Farmers Weekly shows how cereals, oilseeds, beef cattle and sheep are way above year-ago levels – and this has been the story for much of the year.

Feed wheat, for example, peaked at £233/t ex-farm at the end of November, being £50/t ahead of last year and having traded comfortably at about £200/t for much of the autumn.

Milling wheat has been at a decent premium to that, while oilseed rape has broken all records, with old-crop breaching the £500/t mark just ahead of harvest, then pushing on towards £600/t in November – more than 60% higher than in 2020.

It’s been a similar story for beef and sheep producers too, with finished steers topping 420p/kg deadweight in November, and finished lambs at over 600p/kg deadweight, some 30% ahead of year-ago levels.

Milk prices have also been significantly better, with the gap over last year opening up since April and current prices averaging almost 32p/litre – up about 3p/litre on the year.

Yes, input price inflation is now eating into margins – especially fuel and fertiliser – though the expectation is that, overall, most farmers have seen decent profit growth in 2021.

The one obvious exception, however, has been in the pig sector, where the shortage of butchers in abattoirs and the loss of important export markets has led to a backlog of pigs on farms.

The situation became so bad that, in late September, some producers were forced to start killing their animals on farm for welfare reasons, with the meat having to be rendered down, rather than allowed into the food chain. Prices have tumbled, as has industry morale.

Against this background, it was not surprising to find that pig producers had the highest percentage describing 2021 as a “bad” or “terrible” year in the survey – at 27%, compared with the 14% all-farm average.

Not surprisingly, the survey also showed that those who felt “in control” of their businesses enjoyed a better year than those who said they were “not in control”.

But there were only minor differences in the way owner-occupiers and tenant farmers viewed 2021, and regional variations were also limited.

A year ago, we asked survey respondents what their greatest challenge would be in 2021. The most popular answers were market conditions (33%), government policy (29%) and extreme weather (18%).

As discussed above, both the weather and commodity markets have been better than expected, but government policy has continued to disappoint. Overall, 18% said it was the greatest challenge they faced this year.

For English growers, this comes as little surprise, as Defra has pressed on with its transition to a new “public money for public goods” approach.

Yet all 88,000 Basic Payment Scheme (BPS) claimants will have now seen the first deductions to their cheques, starting at 5% across the board, rising to a 25% reduction in payments over £150,000.

Yes, there has been some funding put into other elements of the new support policy, such as the Farming Investment Fund, the Future Farming Resilience Fund and the England Woodland Creation Offer.

And a consultation has been held, setting out details of a lump-sum exit scheme for those wishing to take some BPS money early and quit the industry.

But, despite these measures, the central message from consultants and farm organisations is that they will not bridge the gap left by the phased withdrawal of BPS, pushing many businesses into the red.

As far as the devolved regions are concerned, it is more of a mixed picture.

Scottish and Northern Irish producers were much more relaxed about government policy, with just 3% and 7%, respectively, citing this as their greatest challenge – possibly because progress towards a new policy has been slower, and their governments seem more inclined to maintain direct farm support.

In Wales, however, 26% said government policy had been the main challenge.

There are particular issues in Wales around pollution controls, with the Labour Plaid Cymru alliance pressing ahead with making the whole country a single nitrate vulnerable zone, and frustration among farmers at the government’s opposition to a badger cull.

In terms of future support, the Welsh government is also pressing ahead with a Sustainable Farming Scheme, which closely resembles the approach being taken by Defra for English farmers.

It was perhaps not surprising that, when we asked the whole sample what they thought of the government’s approach to new farm support, more than half believed it to be “too radical”, compared with only one-quarter who believed it should go further.

One East Anglian arable farmer suggested the government was seeking “a major shift from farmer to some sort of park-keeper”, while another Yorkshire livestock farmer asked: “Do they want to see thousands of trees grown and no livestock and food crops?”

Other major challenges listed by farmers during 2021 were home schooling, TB tests, the worker shortage, personal and family health, having to kill healthy pigs, dealing with other people and working alone. “Life was so damned miserable with lockdown,” said one participant.

Brexit: Asked how they perceived the overall effect of Brexit on their business, the most common response was “neutral”.

However, there was still more negativity than positivity, reflecting the ongoing trade distortions, with exports to the EU (and Northern Ireland) tied up in red tape, while imports are allowed to flow almost unimpeded.

Emotion: Asked what word they would use to best describe themselves as a farmer in 2021, the most common answers were “demoralised”, “tired”, “unappreciated” and “busy”.