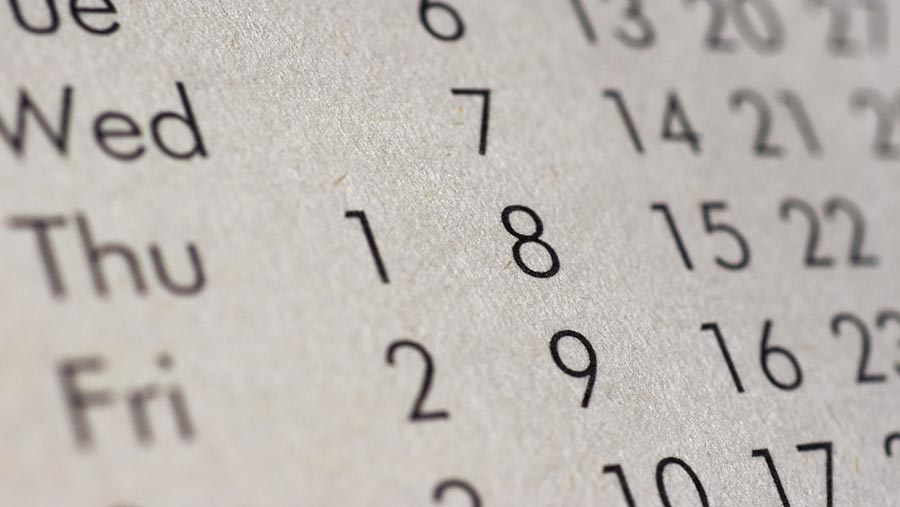 Here, Duncan Sigournay, of Thrings offers advice on what can be done to ascertain when a tenancy started and the legal implications of differing start dates.

Q. The tenant farming my deceased aunt’s farm claims that his unwritten tenancy began in 1986. I thought it was probably later. The solicitor asked me if I had evidence to substantiate or refute the tenant’s claim, stating that he would have to take his word for it.

I suggested to the solicitor that the claimant himself – the tenant – could more easily provide evidence, as he was a party to the transaction and I was not. What do you suggest could be done?

A. Ultimately the commencement date will come down to a question of evidence that will need to be considered by a court, an arbitrator, or a tribunal, depending on how the matter comes to a head.

Supporting evidence such as diary entries, contractor’s invoices, subsidy claims, accounts, photos and the like can be crucial. The fact your aunt is no longer alive will inevitably have an effect on the quality of the direct evidence that can be produced.

The available evidence will be weighed up and the credibility of the witnesses established. That will result in findings of fact, having regard to the civil burden of proof being judged on the balance of probabilities.

The available evidence will be weighed up and the credibility of the witnesses established. That will result in findings of fact, having regard to the civil burden of proof being judged on the balance of probabilities.

As well as looking at the commencement date, one needs to consider whether the arrangement can fairly be said to be a tenancy. Generally an occupier needs to be able to show they have had exclusive possession of the land. Again that will be determined on the available evidence.

It is also necessary to establish whether it is an agricultural tenancy rather than a non-agricultural business tenancy or even a common law tenancy. The use and intended use of the land at its commencement and in the intervening period will be relevant in that regard.

Similarly there must be a business element to the use of the land to gain and retain the protection of certain statutes. It is possible for tenancies to change their status during their lifetime due to changes in use.

Other than that you do not think it was as early as 1986, you do not mention when you thought the tenancy may have started. I highlight this as there are some key dates in relation to agricultural tenancies. One of these is 1 September 1995.

Tenancies granted on or after that date are typically farm business tenancies (FBTs) governed by the Agricultural Tenancies Act 1995 (the 1995 Act) whereas tenancies before that date will be protected by the generally more “tenant-friendly” Agricultural Holdings Act (the 1986 Act).

As such, unless you believe the tenancy started on or after 1 September 1995, there is little to be gained by focusing on the actual commencement date.

Another key date is 12 July 1984, since tenancies granted before then also have the benefit of succession rights, which opens up the possibility of two successions to close family members.

If the tenancy is governed by the 1986 Act, you should be aware that there are statutory restrictions on a landlord’s ability to serve notices to quit to recover possession of the land.

One issue I always highlight to landlords where there is no written tenancy is that technically the tenant could assign (transfer) the tenancy to another party without the landlord’s consent.

If the tenant assigns it to a company, one of the grounds for regaining possession would be lost, namely the ability to serve a notice to quit following the tenant’s death.

A landlord faced with a company tenant would have to rely upon using one of the other statutory grounds in order to regain possession.

There is a mechanism with the 1986 Act whereby either party can serve a “section 6” notice, which requests that a written agreement be entered into.

Significantly, where that notice is served by a landlord, a block on any assignment of the tenancy immediately arises, thus removing the risk of the tenancy being transferred to a company tenant.

I would therefore recommend that you prioritise the service of a section 6 notice. That will at least ensure you can serve a notice to quit on the death of the tenant.